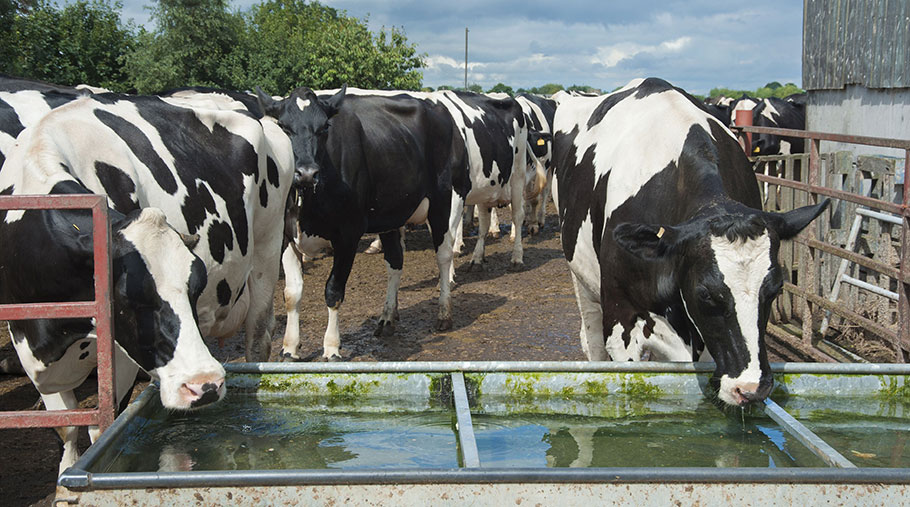 The hot dry weather could soon hit milk yields and push up concentrate use, according to a study by AHDB Dairy analysts.

Combined, May and June weather statistics show these months were the hottest and fifth driest on record, the AHDB study says.

It is this combination of high temperatures and lack of rain that has led to soil moisture conditions at the end of June being the driest on record for the UK as a whole, the study reports.

While the latest milk production statistics show milk volumes are only declining in line with normal levels, the AHDB has looked back at previous dry years to estimate the potential cost of a drought as the dry spell continues.

A similar situation was last seen in the UK back in August 1995, said an AHDB spokesman.

Using historical data provided by Promar Milkminder and comparing 1995 with a five-year average for production, the AHDB has shown how concentrate use typically increases and milk yields drop in very dry weather.

The proportion of milk achieved from forage dropped significantly in the summer of 1995 and, even though rain returned in September, forage growth did not recover.

An expected drop in 1995 for July and August would have been about 0.7% based on the five-year average, the figures show.

The additional drop in yields wiped about 15m litres off GB milk supplies in August 1995, the AHDB analysis reveals.

While the data shows milk yields recovered in September 1995 to reach the five-year average, it was only achieved with a sharp rise in concentrate use over the July, August and September period.

Additional concentrate use at that time was 15% in August and 12% in September.

At current concentrate prices of £225/t, that additional use would have cost the GB dairy industry £265,000/day, or an extra 0.8p/litre for the milk produced during those two months, the AHDB suggested.

Despite the cost exercise, the AHDB urged caution in interpreting the result of the study too literally.

“We should bear in mind that 1995 was 23 years ago and the GB dairy industry has moved on significantly since that date.

“Average milk yields have risen more than 30%, driven by a 40% increase in concentrate use with less milk coming from forage.

“As a result, the impact on the industry this year may be markedly different to what we encountered back in 1995,” the spokesman said.