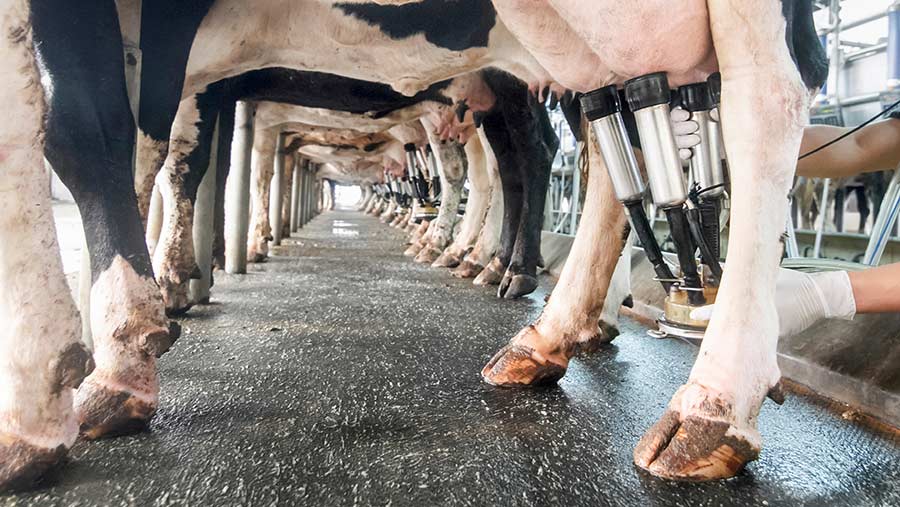 Cheesemaker Barber’s is adding 2.5p/litre to its farmgate manufacturing price for August, based on supplies of 4.1% butterfat and 3.28% protein.

When applied to the milkprices.com manufacturing litre (4.2% butterfat and 3.4% protein), this delivers a rise of 2.57p/litre and a price of 49.42p/litre.

If milk is supplied at the same constituent level as in May, this will push the price to 50.44p/litre.

Excess litres supplied above a producer’s base volume will be paid for at 54.43p/litre before seasonality, led by manufacturing returns.

See also: So you want to… offer shared rural workspace

While cheddar stocks are historically tight, retail cheese prices have barely moved, in contrast to liquid milk and butter retail values, which have risen.

In its July newsletter the processor said: “How consumer demand may react, and what ‘cost resistance’ may result as the inevitable costs feed through to consumers, remains to be seen.”

Barber’s said it was working to explain, detail and substantiate to customers the increased costs in its supply chain, and the need to protect current, and longer-term, levels of milk production.

“Fortunately, as we operate across so many diverse cheese, butter and high-protein whey powder categories, with so many customers within these, whilst this magnifies the explanation process required, it also helps that we are not overly exposed in any one single sector,” it said.

AHDB’s latest quarterly update to its baseline forecast for GB milk production shows 2022-23 production is expected to be down 1% from last year at 12.23bn litres, a slight drop on the previous estimate.

Extremely high input costs have been exacerbated by the continuing conflict in Ukraine.

Katherine Jack, senior AHDB dairy analyst, said: “Milk price increases so far this year have helped to offset some of these higher costs. However, they have not yet encouraged higher production, with yields remaining subdued into June.

“Whether the higher prices will be enough to alleviate the pressure on farm margins as we move into the second half of the milk year remains unclear.

“The current forecast is a baseline, and likely a best-case scenario for the year, as demands on working capital are likely to increase as we move into the latter part of the season.”