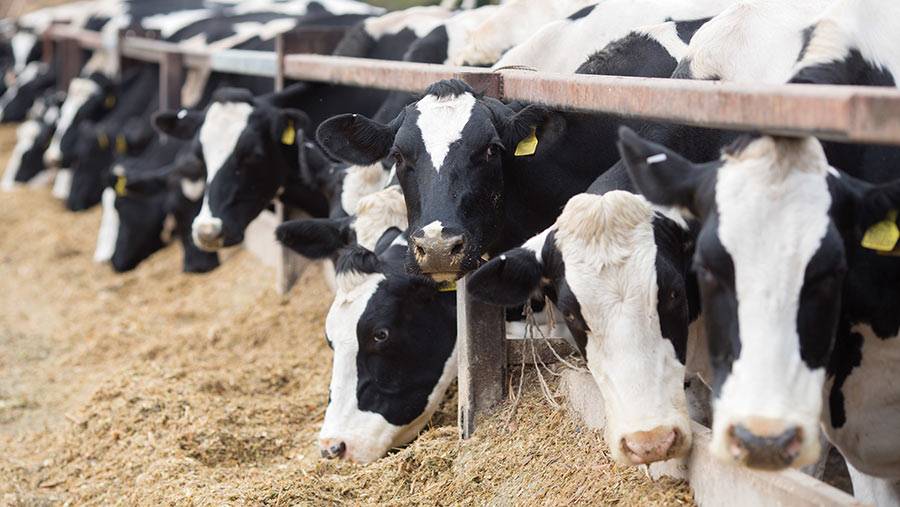 Dairy farmers dissatisfied with how they were treated by Freshways and Medina Dairy during the coronavirus crisis are leaving or threatening to leave the processors amid renewed calls for contract reform in the industry.

The two processors were among the lowest-paying buyers during the peak of the lockdown and also delayed payment to farmers beyond the terms of their contracts.

Both have since increased prices, with Medina reporting last week that it would return its prices to above a pre-lockdown level of 25.75p/litre by the beginning of September.

However, Farmers Weekly has learned that 19 of its 156 farmers have served Medina three months’ notice to leave on grounds of breach of contract.

Negotiations are still under way between the two parties, with the farmers all part of the Meadow Milk producer group within the firm and controlling some 35m litres of annual production.

Until last year, their contract included a basket pricing mechanism that linked the price Medina paid to what other buyers were offering.

Meadow Milk director Andrew Martin said the withdrawal of the basket pricing mechanism was the main factor that had caused a breakdown in relations.

Farmers were 1.5p/litre worse off compared with if the basket had been retained, even before the effect of coronavirus, he said, which translated into income being lowered by £27,700 for the average producer in the group.

The continued extension of payment terms since the pandemic from five to seven weeks was the final straw, he said.

Mr Martin, who farms in North Hampshire, took the decision to sell his cows after the contract changes were imposed and finished supplying milk to Medina in March of this year, but is still involved with the negotiations.

Reminder: What is the Defra dairy contract consultation?

Defra has asked farmers and all members of the UK dairy supply chain how it could better regulate contractual relationships in the dairy industry.

It is likely to have new powers to intervene in the market once the Agriculture Bill completes its journey through parliament and becomes law.

The NFU is calling for change in five main areas, including an end to discretionary pricing and the ability for farmers to choose between exclusive and non-exclusive contracts.

The deadline for consultation responses is 15 September, with full details available on the Defra website.

He said the Meadow Milk group had previously enjoyed good relations with Medina and that negotiations were continuing amicably, with farmers asking for a return of five-week payment terms and contract reform.

“We don’t want to fall out with the guy, but we want to be fair-minded and we don’t feel that is the case at the present.

“We are a very capital-intensive industry and I don’t think the reward for most dairy farmers is enough for the effort put in.”

A Medina Dairy spokesperson said: “Medina Dairy doesn’t comment on discussions that we have with our farmers. However, we can say that we value the relationship we have with all our farmers, as demonstrated by our absolute focus on delivering a sustainable milk price to them.

“As has been well documented, coronavirus has had a major impact on Medina Dairy and, in particular, on the revenues generated from our core food service and wholesale markets.

“Regrettably, this meant we had to take some very difficult decisions to stabilise the business, which included reducing our milk price.

“However, throughout we have kept in close communication with our farmers and have always said that, as soon as we were able to, we would start to increase returns to them.”

Meanwhile, Freshways is set to pay its farmers 26p/litre from August on its A-litres, up 1p on July.

However, the improvement is too little, too late for some producers under contract with the west London-based processor, with at least 14 farmers understood to be leaving or having already terminated supply contracts since the onset of the pandemic.

Leicestershire farmer Andrew Birkle, a former chairman of breed society Holstein UK, said he had walked away from his contract at the end of May following legal advice that Freshways were breaching their agreement by delaying payments.

The processor has now paid nearly all of the outstanding money, but debt accumulated from the lower milk price has resulted in him taking the decision to almost halve the number of milking cows in his herd and dispose of 70-80 heifers at a forthcoming on-farm reduction sale.

He said he hoped the current Defra consultation on dairy contract reform resulted in sweeping changes to the relationship between producer and the processor.

This should include an independent adjudicator answerable to the government to oversee contract disputes, rather than an industry-led organisation, he said.

“It is not sustainable for a supplier to be selling milk and getting emails saying we have dropped the price,” he said.

“We have had occasions where we have sold milk for two to three weeks and didn’t know what we were getting for it.”