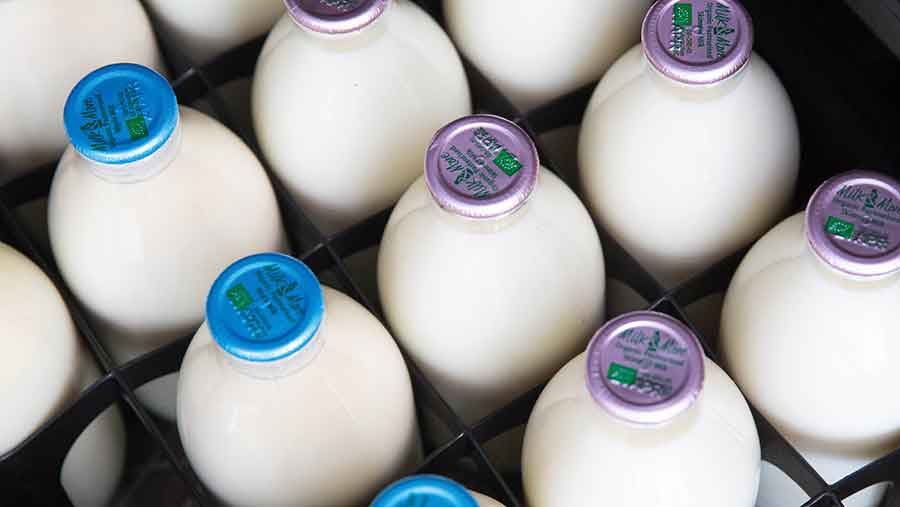 Last week, Defra fired the starting pistol on a 12-week consultation with the UK dairy industry on how it may regulate the supply contracts between farmers and processors.

Those in favour of change are seeking to rally as many farmers as possible to voice their support for the government to step in and impose fresh rules on what terms must be with these supply contracts.

They are frustrated that an industry-led solution – the processor’s voluntary code of practice, which was launched in 2012 – was not taken up by all processors, with many of the smaller buyers not committing to its principles.

It included a requirement for a longer notification period for price changes, as well as outlining how other terms should be expressed within the contract, such as timing of payments and how either party can terminate.

It was largely only milk co-operatives that embraced these commitments, leaving many farmers supplying private firms unprotected.

Supporters of further reform include all the major farming unions, who say the relationship between processors and farmers is still too one-sided, with farmers’ lack of bargaining power leaving them bearing the brunt of cost-cutting by processers and retailers.

Instead, they want it to be law that an easy-to-understand formula, which is written into contracts and governs how the milk price fluctuates, such as linking it to the global price of skimmed milk powder.

Defra secretary George Eustice is also known to be in favour of reform.

In 2019, when he was farming minister, he said that producers needed more transparency over how prices were calculated or have the ability to leave a contract at short notice if they were unhappy with how their processor was treating them.

Once the Agriculture Bill makes its way into law, Mr Eustice will have more power to regulate markets, with Chapter 2 of the draft legislation giving him the power to promote “fair contractual dealing by business purchasers of agricultural products from qualifying sellers.”

It is likely that the responses to this consultation will in part influence how that is put into practice, making this “a once-in-a-lifetime opportunity to build a better future for the UK dairy sector,” according to NFU dairy board chairman Michael Oakes.

He said this is not about increasing the milk price, or creating a tool to beat the processors with, but to oblige them to work with retailers as well as farmers to manage risk.

The new rules could mean the end of the “buyers discretion” clause in all farmers’ contracts, which allows processors to change the price without a notice period or negotiation.

Instead, milk buyers should make more use of financial tools, such as the futures market, he said, as well as working with retailers to ensure supply contracts leave a margin for every participant.

He said a proposal for farmers to group together into producer organisations – another part of the draft Agriculture Bill and the consultation – could be particularly beneficial when coupled with a proposal to remove exclusivity clauses from contracts.

This would allow groups of farmers to offer their milk supply up to the highest bidder, rather than being tightly bound to a single buyer who controls their price – a practice that is currently not permitted.

Changes can also benefit processors, he noted, pointing to reforms in Spain, which see an investigation into contracts triggered if the shelf price of milk drops below a certain threshold, preventing supermarkets squeezing margins too greatly.

Mr Mitchell urged as many farmers as possible to contribute to the consultation, saying it was a real opportunity to make the industry more professional.

How have other countries regulated their dairy sectors?

Concern over the relationship between milk producers and buyers is not unique to the UK, as a comprehensive Scottish government study of dairy contracts in European countries revealed last year.

It studied how the Scottish milk industry compared to six countries – France, Hungary, Italy, Poland, Romania and Spain – where mandatory written contracts had been introduced.

These countries had taken up EU regulations that allowed them to take action to reduce the price volatility of raw milk, and it allowed them to regulate more closely how price was negotiated between farmer and processor.

While the situation is each country was very different, the study found that the introduction of mandatory written contracts had not brought problems for any of their dairy sectors.

In France, Hungary and Slovakia, milk price volatility had decreased following the rule change, but there was no significant change in the other countries.

The study concluded that if the rules were introduced to Scotland, then there would likely be an initial cost to the industry as contracts were amended, but it would increase transparency and certainty for farmers.

However, it also noted that processors would need to be protected if the rules forced them to link their price to a benchmark, such as the the global skimmed milk powder (SMP) price.

If SMP increased sharply, then producers would be incentivised to increase production, even if the individual processor did not have a market for the extra milk.

This could be alleviated by A and B pricing or by obliging the farmer to state in the contract their quarterly or annual anticipated milk production.