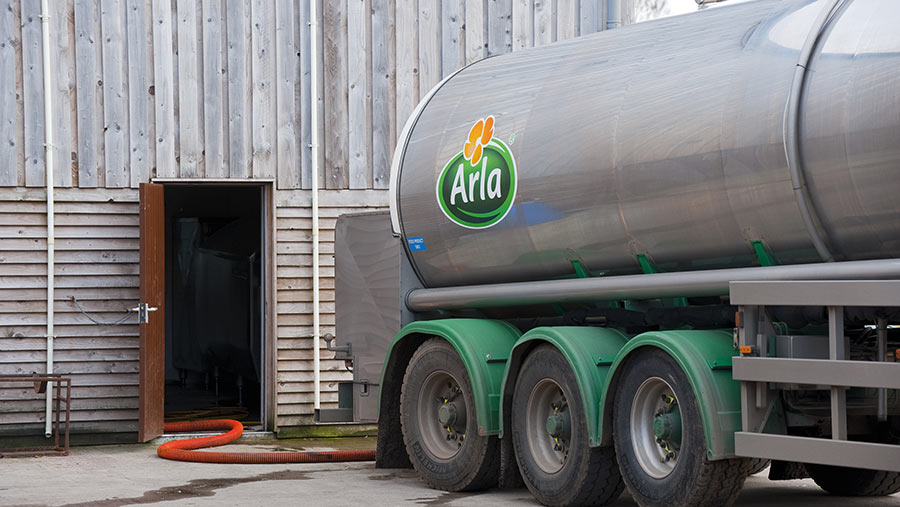 Dairy farmers have less than a month left to have their say on what could be the biggest shake-up in how their sector operates in a generation.

Defra’s consultation on how to better regulate the contracts that bind farmers to their milk processors could usher in sweeping changes, including an end to buyers being able to change milk prices at short notice.

Unions and campaigners say that this is needed to stop farmers bearing the financial brunt when retailers put pressure on processors to trim their margin and would promote a greater degree of fairness throughout the supply chain.

Milk processors have so far remained tight-lipped about how they intend to respond to the consultation, but are likely to be concerned that the changes would deplete their power and make them less able to manage changes in commodity prices.

Dairy UK, the industry body that represents an unknown number of processors (as it does not publish its membership list) has declined to give an interview on the topic to Farmers Weekly until after the consultation has concluded.

Some farmers have used the debate as an opportunity to call for the return of the Milk Marketing Board (MMB), the organisation that historically purchased all the milk in the UK and bargained with processors on behalf of farmers.

At its peak, the MMB marketed 130bn litres of milk annually – double the size of its nearest global rival, and in its final era it employed 7,000 people across marketing, Dairy Crest, Genus, and National Milk Recording.

But what did it do, why did it disappear and what has happened subsequently that has resulted in the government considering further regulation of the sector?

6 October 1933 Milk Marketing Board (MMB) founded by government as a producer-run product marketing board with 141,100 registered producers selling milk to 20,000 buyers.

1944 MMB becomes responsible for the nationwide introduction of artificial insemination – achieved by 1951.

1987 Dairy Crest made into separate business entity, ending its ability to support the MMB. Launches on stock market in 1996. Acquired by Saputo in 2019.

1983-1990 Second term of prime minister Margaret Thatcher sees wave of privatisation of formerly nationalised industries, which was continued by her successor John Major.

1993 Agriculture Act gave the MMB power to wind up its affairs – Genus and NMR made independent. Milk Development Council established as the levy board for GB milk production, with levy used to improve competitiveness and profitability of British dairy industry.

1999 Competitions Commission rules Milk Marque abused its market position and calls for its break up. Government rejects proposal but imposes restrictions on its ability to expand into the dairy processing sector.

2007 The Office for Fair Trading hands out £100m of fines to processors and retailers for artificially raising the milk price in 2002 and 2003 under the ‘Retail Price Initiative’, which had been intended to provide increased financial support for farmers. The fines were later halved, with Sainsbury’s paying the largest penalty of £11m. Arla escaped without penalty for being the whistleblower.

2012 Farmers protest amid another milk price slump, with processors applying cuts of up to 3p/litre at either two days notice or retrospectively, but still insisting on 12 months’ notice to quit contracts. The government brokers deal between farmers and Dairy UK to establish the Voluntary Code of Practice in Contractual Relationships.

However, the deal was criticised from the outset for not being mandatory and providing an exemption to farmer-owned co-operatives – First Milk, Arla, South Caernarfon Creamery, and Dale Farms.

2018 Government pledges to introduce compulsory written contracts in the dairy sector by the end of the year. It says these should include, as a minimum, the price payable (expressed as a static price or formula), contract duration, volume to be delivered and details of payment periods and procedures. It followed a report by the Grocery Code Adjudicator, which raised concerns that dealings between farmers and processors were often unfair or unclear.

2020 Government finally launches consultation into regulation of dairy contracts alongside the passage of the Agriculture Bill through Parliament, which will grant it the power to impose changes following repatriation of powers after the UK leaves the EU.

How to respond to Defra – and tell us what you think

Defra has asked farmers and all members of the UK dairy supply chain how it could better regulate contractual relationships in the dairy industry.

The NFU is calling for change in five main areas, including an end to discretionary pricing and the ability for farmers to choose between exclusive and non-exclusive contracts.

Other campaigners have also called for the establishment of an independent Dairy Code Adjudicator to resolve contract disputes throughout the supply chain.

The deadline for consultation responses is 15 September, with full details available on the Defra website