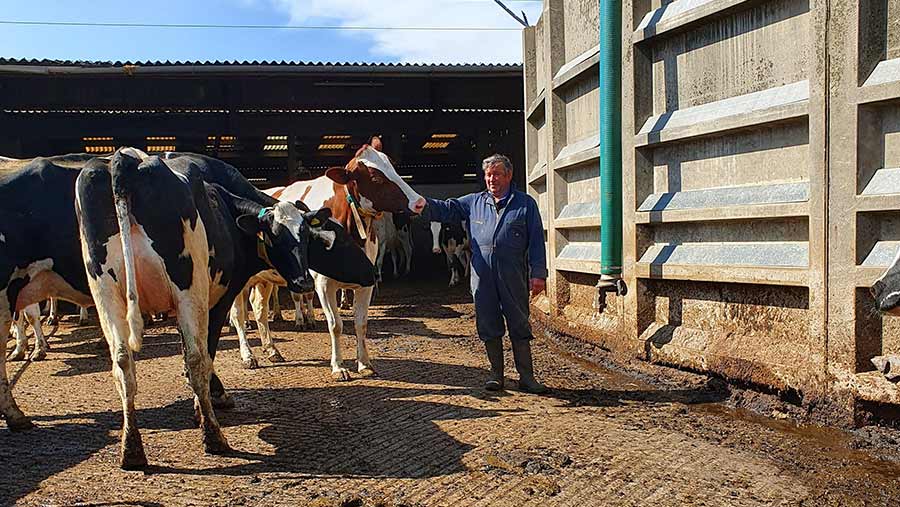 Farmers supplying the big dairy processor Freshways say they are facing financial ruin unless the government steps in now with a rescue package to save their businesses.

Freshways, which supplies the likes of Costa Coffee, Starbucks, British Airways and P&O Cruises, has pushed down the price it pays to farmers after demand for milk from cafés, restaurants and food services dried up when the UK went into lockdown.

The unprecedented situation has plunged dairy farmers into crisis and forced some to start dumping thousands of litres of their milk because they can’t find alternative markets.

“We need the government to step in now – it’s no good in a couple of months’ time,” said Andrew Birkle, who farms 270 pedigree Holstein cows near Loughborough, Leicestershire, supplying milk under contract to Freshways.

Freshways managing director Bali Nijjar contacted suppliers on 11 April to tell them it would be paying less than 24p/litre for 60% of the milk they produce, effective from 29 March. The remaining 40% would be paid at the spot market rate, typically between 5-16p/litre.

The dairy processor says it will pay farmers at the end of April for half the milk produced in late February/March, with the balance paid in mid-May.

“We feel that is the fairest way to resolve the issues created by the coronavirus pandemic,” Mr Nijjar wrote. “We will review the percentage over the next few months and reduce this based on volumes returning.”

Freshways says it has lost about 40% of its custom since the lockdown.

“Overall, under the new pricing arrangement my average milk price will be about 14-15p/litre. That’s unsustainable. It costs farmers about 27-28p to produce a litre of milk.”

Mr Birkle says Freshways is still collecting his milk, but he had to discard 9,000 litres on 13 April.

He has tried to access the government’s coronavirus business support grant funding, but was told he needed a consultant to compile a budget plan for 2021-22 to be considered.

“I couldn’t even get you a budget for three months. How could I do this now in light of what they [Freshways] have done?” he asked. 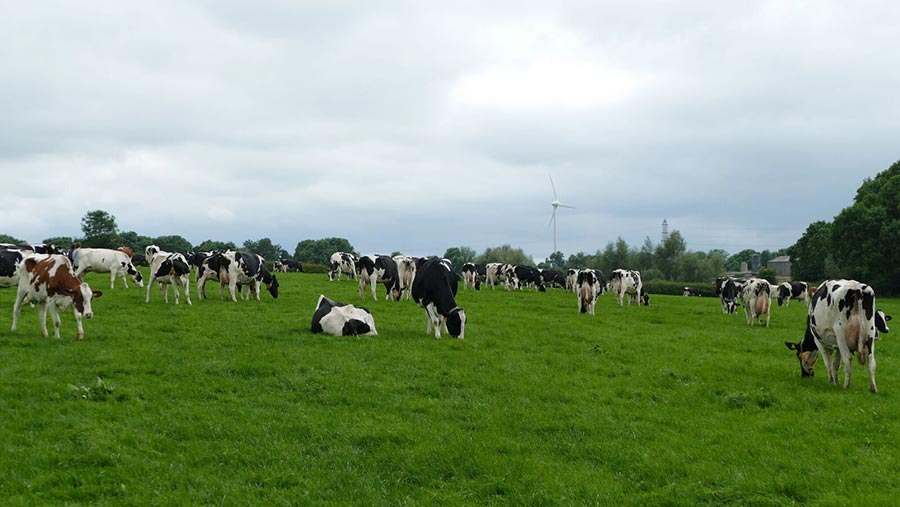 Under his contract terms, he has to wait three months if he wants to change processor. But he said companies such as Arla, which pays 31p/litre, were not giving out new contracts.

“There is no processing capacity left in this country. The dairy industry has been in crisis for years. The coronavirus pandemic has just highlighted the issues,” Mr Birkle said.

He would like to see the return of a government regulatory body, similar to the former Milk Marketing Board, to safeguard the industry and guarantee farmers a fair price.

“We’re getting less for our milk now than 25 years ago. When you think about the costs and everything that has gone on since then, it’s ridiculous,” he said.

“You can’t run a business where you just take what you are given for a perishable product. Tell me another business that just takes what they are given?”

Neil Parish MP, chair of the Environment, Food and Rural Affairs (Efra) commitee, said on Twitter: “Companies like Freshways need to pay what they owe, fast. Dairy farmers are on their knees.

“After this crisis is over, Parliament will remember heroes like (Sir!) Tom Moore & we won’t forget those who let us down.”

Companies like @Freshways need to pay what they owe, fast. Dairy farmers are on their knees. After this crisis is over, Parliament will remember heroes like (Sir!) Tom Moore & we won’t forget those who let us down. https://t.co/uqWtfJxZ3G

Alan Smith farms 400 Holsteins and 60 Jersey cows at Bumble Bee Farm in Lutterworth, Leicestershire, producing 3.5-4 million litres a year. He said the future of his 101-year-old farm, which employs four family members, was at risk.

He hasn’t received a milk cheque since 22 February and was forced to dump 24,000 litres of milk last weekend.

“We never got told the milk wasn’t going to be picked up. All we were told in a text was ‘collections would recommence’,” he said. “The situation is unsustainable. It can’t go on like this.”

Mr Smith, who is Freshways’ farmer rep for the Midlands, said that for the past five weeks payments of 1p had been dropping into his account from the processor as it sought to abide by its contractual obligation to pay suppliers every week.

He questioned whether the AHDB could divert some of its levy money to pay farmers interest-free loans.

Mr Smith agreed that the government should bring back regulation to give all dairy farmers fair milk prices.

“I’m not saying we need to bring the milk board back, but we need a regulator,” he said. “We have got this split of almost double in price for the same products depending on your milk buyer. That can’t be right.

“The dairy industry is broken. Someone needs to step in and sort this mess out.”

Freshways is the UK’s largest independent processing dairy and sources all of its milk from cows farmed in the UK.

The firm, owned by the Nijjar family, is based in Acton, west London, and it is dedicated to supplying milk to the food service and hospitality sectors.

According to its most recent accounts, the company recorded a full-year pre-tax loss of £2.6m.

In the past year, according to the Daily Mail, a parent company of Freshways paid out almost £1.4m in dividends. Its managing director, Balvinder Nijjar, is said to have received just under half of that money. The remainder was split among three of his close relations.

For more than three weeks, farming industry leaders have been holding talks with the UK government, devolved administrations, milk processors and retailers to try to find solutions to the deep disruption that coronavirus has generated in the dairy supply chain.

NFU, NFU Scotland, NFU Cymru and others participated in a UK roundtable meeting on the dairy sector on Wednesday (15 April) and a further teleconference meeting on Thursday (16 April) which involved Defra secretary George Eustice.

NFUS milk committee chairman Gary Mitchell said the widespread dumping of milk in the UK showed how desperate the situation was, and with the spring flush in milk production looming, there were difficult times ahead.

“It is vital that measures are introduced to ensure stability in the dairy sector in both the short and long term as a matter of urgency,” said Mr Mitchell, a dairy farmer from Stranraer.

“Our dairy farmers are telling us they feel completely forgotten by their governments,” said Ms Reader, a dairy farmer in the Vale of Glamorgan. “Their distressing stories highlight the very real fears of Wales’ dairy farmers whose businesses are teetering on the brink.”

The NFU says more than 2,000 dairy farmers are severely affected by the crisis and that the number is growing daily. It has set up an online platform asking people to write to their MPs to demand government action.

The online form contains three urgent requests of the government, including grant support, private storage aid and production reduction schemes to prevent further dumping of milk; crown buying service contracts for British milk; and meetings of stakeholders to manage the flow of milk through the supply chain.