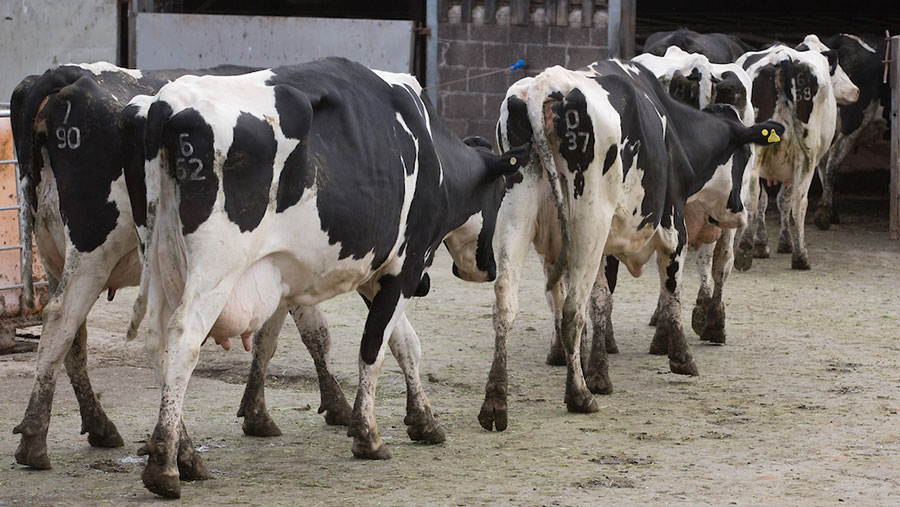 Defra and the Welsh government are coming under sustained pressure to review eligibility for their dairy hardship funds amid rising concern that producers who have suffered some of the most significant losses will miss out.

It was announced last week that farmers will be able to apply to the fund from 18 June, with a lump-sum payment of up to £10,000 payable as early as 6 July.

But industry leaders have been quick to flag their concerns about the implications of basing eligibility for the scheme on the drop in milk price seen in April, rather than, as originally outlined, the drop in income.

To be eligible for support from the fund, farmers have been told they will need to demonstrate that they have suffered a reduction in the average price paid for their milk of 25% or more in April 2020 when compared to February 2020.

This means that farmers who have seen a significant fall in income because they reduced production or discarded milk will not be eligible.

Michael Oakes, NFU dairy board chairman, said the union and a number of MPs were continuing to push for clarification on eligibility for the scheme, particularly where farmers had A/B milk contracts.

If you looked at the example of a Freshways producer who had carried on producing the same amount of litres during April, they should qualify for the scheme, as they will have received a milk price of about about 16p/litre on average, he said.

For other producers who had chosen to dry off cows early and cut their B litres, the percentage reduction in the milk price might only be about 20%, so they would not be eligible.

This was despite their income drop being greater than that of the producer who carried on producing milk.

“It seems wrong that those who have had a bigger income drop wouldn’t qualify.”

Abi Reader, NFU Cymru dairy board chairwoman, said the union had lobbied the Welsh government really hard for the scheme to take into account the effects of cuts in production, but there was resistance because officials were worried that it might break state aid rules.

“There are some farms that have taken a colossal hit, and to lose out just because they took steps to save their business, against a farm who might not have, seems totally wrong,” she said.

Peter Alvis, RABDF’s chairman, added that the organisation had grave concerns about those farmers who had been forced to discard their milk, as they would not be able to demonstrate their losses through their milk statements.

“We do not understand how farmers will demonstrate milk volumes dumped, as this will not appear on milk statements and, therefore, the volume loss can’t be evidenced in this way.

“In addition, the base price for the remainder of the milk may have stayed high, but by throwing away a couple of days’ production, it could have easily tipped them over the 25% mark,” he said.

William Westacott, a Freshways supplier and an RABDF council member, said farmers urgently needed clarity on the rules, as there were still too many unknowns.

Based on his current understanding of the scheme he thinks he will qualify – but only through luck.

“I worked out if I had sent about another 5,000 litres of B-quota, it would have raised my price by about 0.5p/litre, and so I wouldn’t be allowed to qualify. It’s that tight.”

Defra has said further details of the fund and application process will be shared by the Rural Payments Agency in the coming weeks, but dairy farmers should start to prepare by gathering their milk statements for February, April and May 2020.

It has also pledged to continue to monitor the effects of the crisis on all dairy producers.