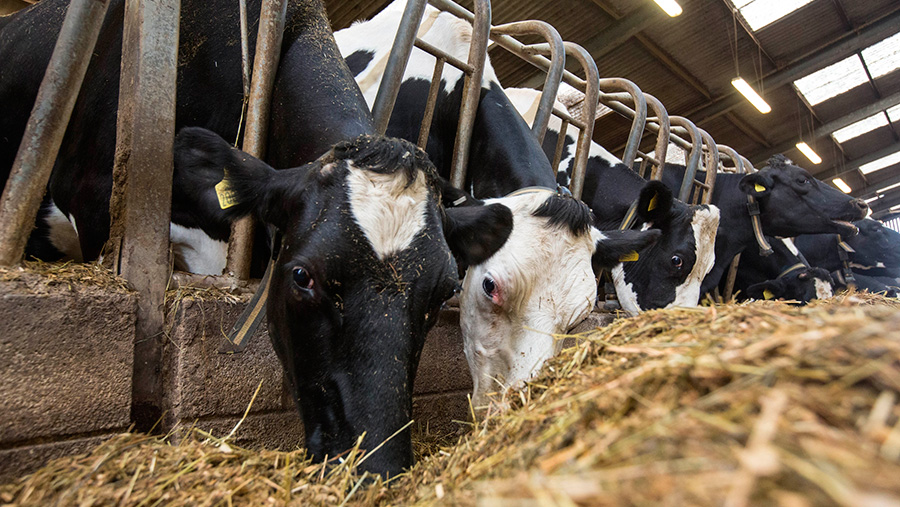 Prolonged dry weather following the wet conditions of the second half of 2017 will have severe ramifications for milk production, hitting dairy farmer’s bottom lines this winter.

Average costs of production are predicted to rise by between 1p/litre and more than 3p/litre when the record dry spell ends as farmers scramble for dwindling supplies of increasingly expensive feed, according to research carried out by farm consultant Paul Macer of Kite Consulting.

Kite examined the weather’s impact on milk production under three scenarios based on when the dry conditions finally break (see ‘Dairy costs of production will increase by more than 3p/litre if there is no rain by September’, below).

The most likely eventuality accounted for drought conditions to remain until August, with an estimated probability of 55%.

The worst case scenario was for no rain until August through to September and this was given slightly poorer odds at 40%.

A change in the weather by the end of July, now seen as a virtual impossibility, was given a probability of just 5%.

Average UK dairy farmers would see profits wiped away by scenarios two and three, pushing them into loss-making positions when many producers are still recovering from the 2015-16 milk crisis.

A situation similar to scenario three also developed in 2012-13, leading to a UK year-on-year production fall of 4%.

While the latest UK production figures were 1.4% down in the week ending 14 July,  deliveries on the Continent show dairy production remained less affected.

Germany and France increased deliveries by 4% and 1% respectively in May compared with 2017, with milk deliveries also ramping up in Poland, Spain, Denmark and Belgium in the same month.

As Continental supply continues to fulfil demand, Mr Macer questioned how the UK was going to respond to mitigate a serious effect on milk supply as we approach the winter months.

Wheat futures markets for November are already 14% higher than in 2017 at £165/t and standing straw auctions are 25% ahead of last year at £81/ha (£200/acre), with the situation likely to get worse before it gets better.

Dairy farmers, who have been taking cereals as whole crops to bulk out clamps, are already seeing input costs shoot up, having to contend with the added costs of grain and straw purchased on top.

Producers will require a farmgate milk price of at least 28.8p-30p/litre

High concentrate costs, predicted to be between £240-250/t this winter mean producers will require a farmgate milk price of at least 28.8p-30p/litre if they are to produce marginal litres based on a milk price to feed price ration of 1.2:1, according to Mr Macer.

However, because UK producers are in the unusual position where much bought-in concentrate would replace forage rather than supplement it, producers who substituted 2kg of forage dry matter with concentrate would add costs of 30p a cow a day, equivalent to 1.2p/litre come the winter.

One Kite client had forecast cost increases of 2.6p/litre based on their forage to concentrate ratio shifting from 55:45 to 45:55, higher wholecrop costs to make up for a lack of third and fourth-cut silages and a 20% reduction in maize yields.