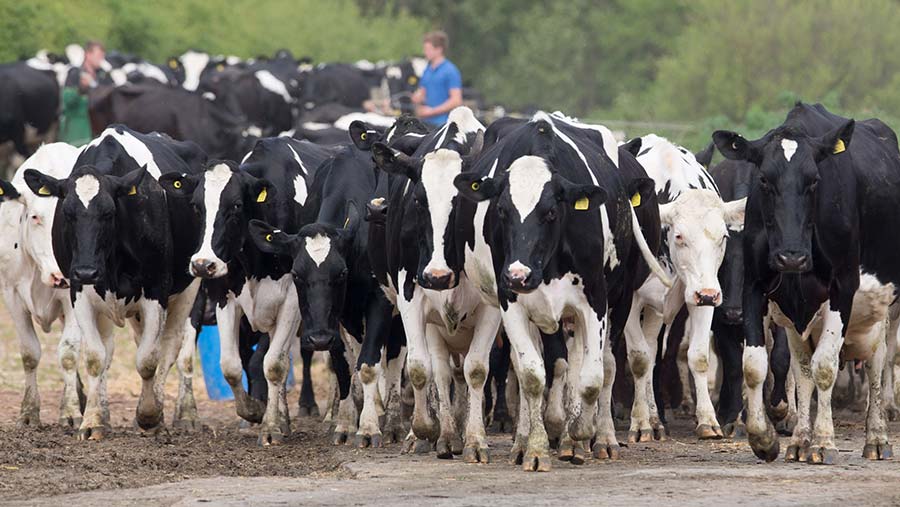 The fund was established to provide up to £10,000 each in cash support to milk producers who lost out financially when lockdown hit their milk buyers.

NFU dairy board chairman Michael Oakes welcomed the deadline extension, but said the NFU still has major concerns about the delivery of the scheme.

“We receive complaints on an almost daily basis from NFU members who have been rejected from the scheme despite some of them losing up to 50% of their income selling milk to milk buyers in the food service sector.

“Defra needs to reconsider the eligibility criteria of the Dairy Response Fund to ensure these farmers can access the support they urgently need.”

The fund opened for applications on 18 June, with an original closing date of 14 August.

Take-up is understood to have been far lower than expected, although Defra will not comment or provide numbers.

On 30 July, Farmers Weekly reported that the scheme had made payments to just 55 applicants in England so far, with the Tenant Farmers Association saying just 174 applications had been received by the Rural Payments Agency by 27 July.

Of those, 17% were rejected as ineligible and only 55 applicants had received support, totalling about £481,000.

Within that total payout, just 35 applicants had been paid the maximum £10,000 grant.

The eligibility criteria have been heavily criticised, as they rely on a producer having suffered at least a 25% drop in their average milk price in April compared with February 2020.

Eligible farmers would then be able to claim for 70% of their losses based on volumes delivered in April and May.

That was a change from the original concept, which would have paid out on lost income, rather than milk price.

The final form of the scheme meant many farmers on A/B price contracts would not be able to lodge a claim. Processors cut the B price sharply to incentivise farms to reduce supply after the coronavirus crisis hit demand and farmers responded by reducing supply to avoid the low-price B-litres.

This meant many would not have seen their average milk price fall by 25% as they continued to be paid for their A litreage.

Get more information and an application form (pdf) on Gov.uk.