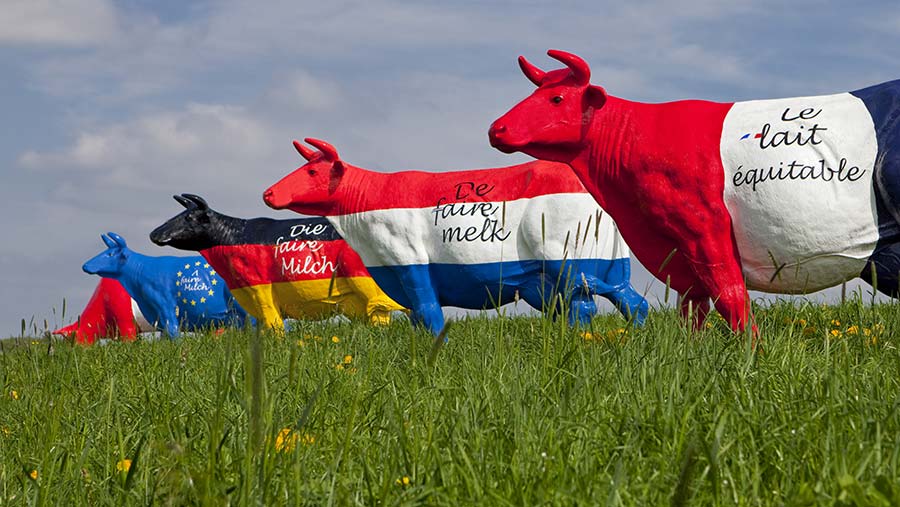 The European Union’s 28 member states reduced milk deliveries by 18% more than had been applied for under the Milk Production Reduction Scheme.

In total, the EU-28 reduced production by 1,214m litres between October and December 2016, a 3.4% reduction on the same period 12 months ago, according to AHDB Dairy.

The UK had applied for the third-highest reduction volume, behind Germany and France, committing to produce 109m litres less milk during the first tranche of the €150m (£125m) EU scheme.

In reality, UK deliveries fell by 237m litres across the period, 117.4% more than producers had originally applied for.

France and Germany also saw substantial milk delivery falls of 7% and 4.6% respectively on the same period a year earlier.

However, the Netherlands, Italy and Poland also saw milk production increase overall, despite anticipating falls under the EU scheme.

A large cut in deliveries of 51m litres across the period was also seen in the Republic of Ireland, but this was 29.2% less than originally planned under the scheme.

Producers who took part in the scheme will be entitled to about 12p/litre for every litre they reduced under volumes for the same three-month period in 2015.

Information on these payments are expected this month.