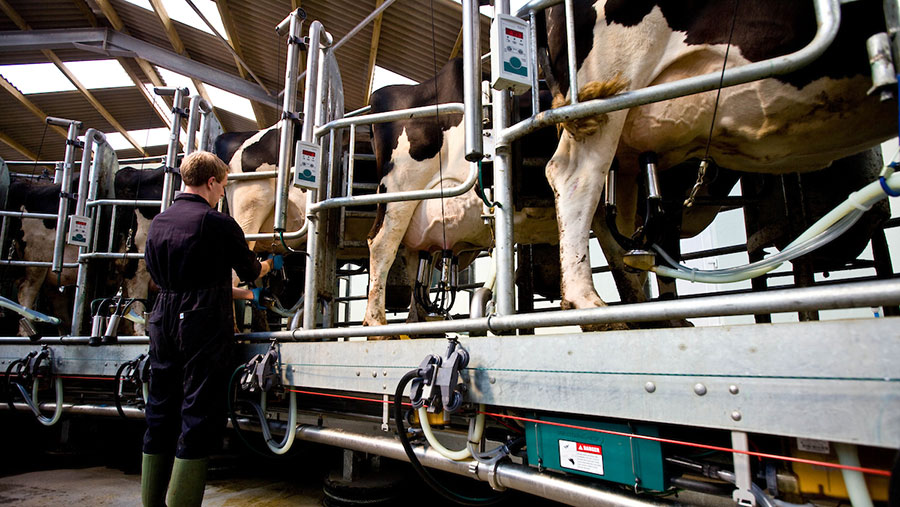 One British milk producer left the sector on average almost every day in the milk year to 31 March, with their number falling by more than 4% in 12 months.

The drop was revealed by an AHDB survey of major milk buyers in April 2021.

This showed there were just 8,040 dairy producers remaining in Britain.

This is a reduction of 340 producers (4.1%) compared with the survey carried out by the levy board at the same stage last year.

The drop was in line with the 4-5.3% average seen in previous surveys conducted by the AHDB since 2019.

While the latest numbers are down again, the average production volume for each farm in GB rose to 1.56m litres in the year to April 2021.

That was up from slightly less than 1.5m a year ago, the AHDB figures suggest.

Chris Gooderham, AHDB head of specialist marketing, said the farmers who quit in 2020 were likely to have been those who supplied the food service sector, which collapsed in the early phase of the Covid-19 restrictions.