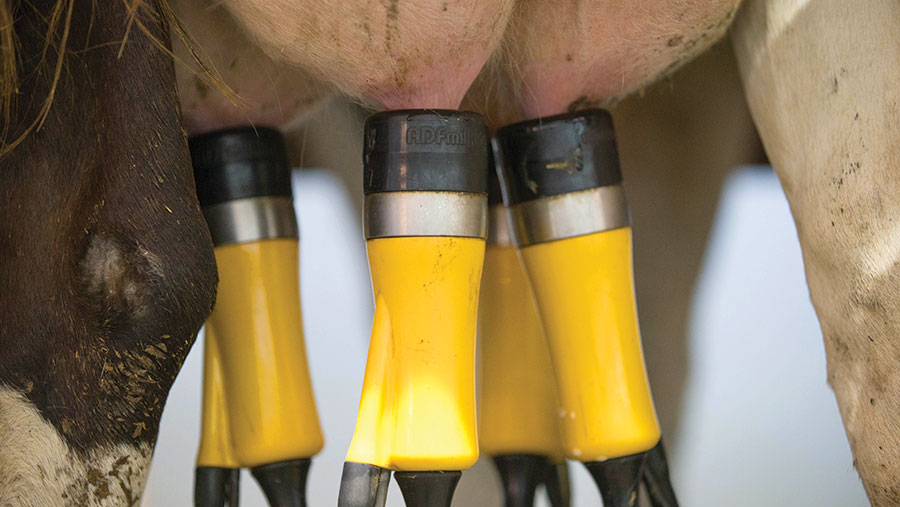 GB milk production looks to be roughly back on track, just above the level at which AHDB Dairy estimates it would have been had producers not had to make coronavirus cuts to output.

Production is currently running slightly above the latest forecast, which was published in June, but only by a marginal 0.7%, says the levy body.

See also: 10 most common cross compliance breaches and how to avoid them

Its latest estimates show milk production was cut by 75m litres in April to June, with the reduction primarily driven by removing cows from the herd, as well as drying cows off early and limiting yield growth.

UK milk producers received 3.27p/litre less for their milk on average in June compared with their EU-27 counterparts, according to statistics from the EU’s milk market observatory (MMO).

These prices were in turn 1.23p/litre lower than a year earlier in the UK and down 0.79p/litre in the EU.

Despite global milk supply and demand being relatively well balanced, some price weakness has crept into skim milk powder (SMP) markets in the past couple of weeks.

The US was the only one of the five to see a slight decline in May, although US production was back in positive territory in June, said Mr Meehan.

Chinese dairy imports were a mixed bag in June, with some categories like WMP, SMP, infant milk formula and butter all down on last year while anhydrous milk fat, cheese and whey imports were very strong.