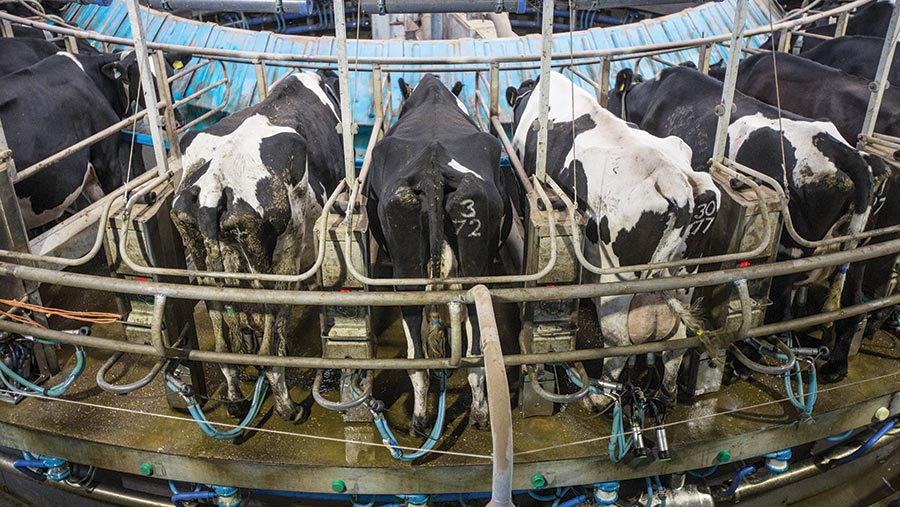 See also: Why big cows are inefficient and how to breed smaller stock

The AHDB adjusted its forecast to predict a 0.5% decline in global milk production during 2022, which would equate to global milk supplies of about 294.4bn litres for the year.

Freya Shuttleworth, dairy and livestock analyst at the AHDB, said: “In volume terms, the forecast decline in the EU will be the largest, down 838m litres from 2021 levels. Lower grass quality due to hot, dry weather and lower feed use due to a lack of availability and increased cost are the main drivers.”

Nick Holt-Martyn, principal consultant at The Dairy Group, said the European market had been seeing some buyer resistance for the past couple of months, and this shouldn’t be a surprise due to ever-increasing prices.

“The expectation is more stability during this next two-month period, before things pick up in September and we get a real feel for which way the market is going,” he said.

“Europe is very much prone to a summer season, which kicks in now for the next six weeks. The European market isn’t expected to make much movement during the July-August period.”

Exchange rates are also likely to have some effect on global trade. The euro is almost at parity with the US dollar and is currently trading at €1:$1.02.

Some dairy farmers have had to feed silage earlier than expected due to the dry weather.

Despite the hot weather, Mr Holt-Martyn suggested a second flush of grass in the autumn should allow farmers to rebuild their forage stocks.

“The UK dairy industry is very resilient to short-term weather shocks, but slightly less so to longer-term weather events,” he said.