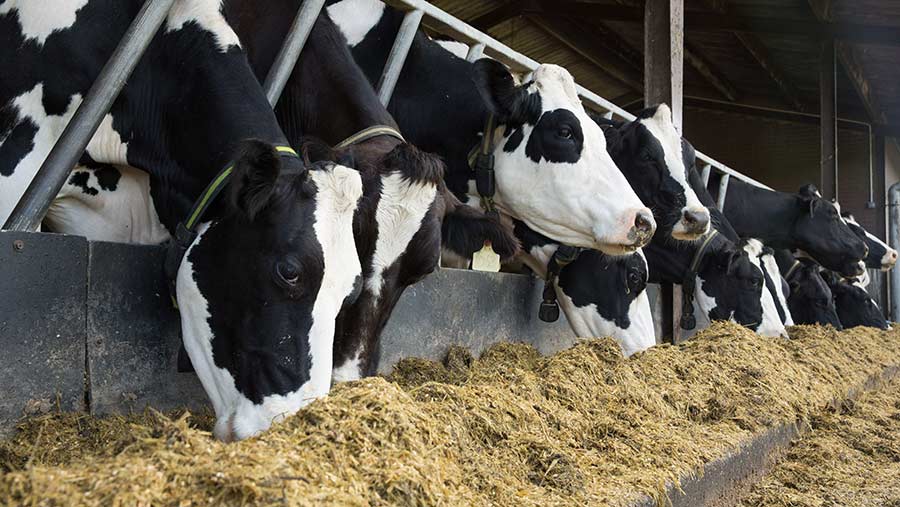 This summer’s drought is set to cancel out higher returns to UK dairy farmers as the cost of feed continues to rise, according to a report from independent dairy specialist Kingshay.

The report, Dairy Costings Focus 2018, said a 5.14p/litre increase in average milk prices pushed up average margins over purchased feed by 28% to 21.21p/litre in the year ending March 2018, compared with the same period the previous year.

However, a shortage of forage and higher concentrate costs will erode the benefit of these higher milk prices, according to Kingshay services development manager Richard Miller.

“Forage stocks could be extremely tight and with concentrates already rising in cost, dairy producers are going to have to continue to pay great attention to detail to both keep milk production up and maintain good margins,” Mr Miller said.

Average milk from forage remained relatively stable across the sample compared with last year despite the wet autumn and cold winter in 2017, according to the report.

The average herd of almost 2,000 surveyed produced an extra 26 litres a cow from forage in the year ending March 2018, totalling 2,542 litres, equal to 31% of the samples’ total milk production.

This was probably a result of the focus placed on forage during 2016-17 when milk prices hit rock bottom.

The gap between the top 25% of producers ranked on milk from forage and the average dairy farmers grew by 9% in 2018.

Top farmers produced 1,314 litres more than average herds at 3,856 litres in 2018, compared with a gap of 1,205 litres between the two groups the previous year, indicating there were purchased feed savings to be made by producers outside of the top quartile.

Climbing concentrate costs have driven a reduction in the milk to feed price ratio from 1.26 in May 2017 to 1.19 in May 2018, according to the latest Promar Milkminder results.

This figure was well below the UK five-year average and was at a level where, under normal circumstances, the amount of profit achieved from feeding more would become questionable.

“In some individual farm scenarios, this performance parameter will not be the most important or most pressing aspect to consider,” said Promar national consultancy manager Nigel Davies.

“For others, while forage shortages continue, feeding some additional concentrate now will be the right thing to do as although it will negatively impact short term margins, it will safeguard longer term profits.

Mr Davies added: “But in a more general sense, the recent trend in the weakening of the ratio makes sustaining a growth in margins more challenging for all, even after we get back to normal rainfall patterns and forage stocks.”

Where to make savings?

Producers need to think about the implications of the weather, according to Old Mill chairman Mike Butler, who said that that everyone should have a serious conversation with banks and accountants over what might be the best thing to do.