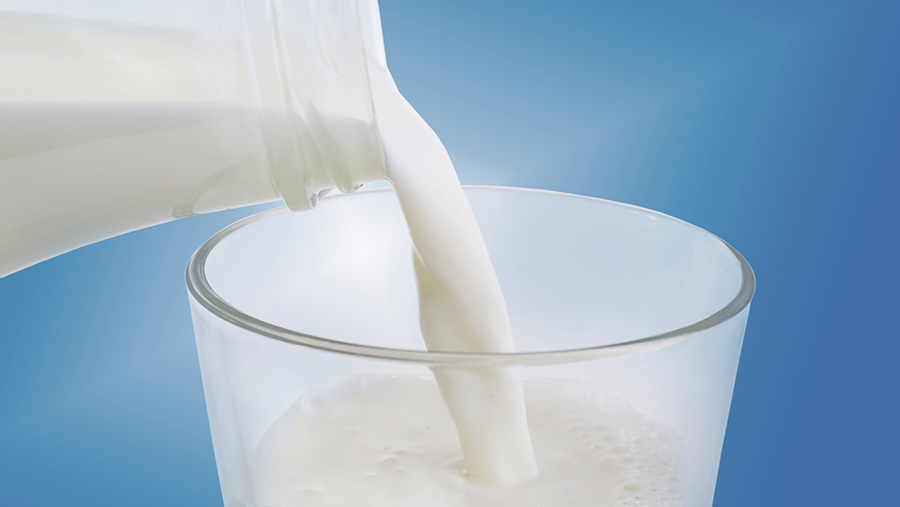 UK consumers drink just half the milk they consumed in the 1970s, according to new analysis by AHDB.

The figures show the extent to which consumer habits have changed over recent decades.

They emerge as dairy farmers promote the sector and dairy products through the social media initiative Februdairy.

See also: How can the dairy sector counter the vegan challenge

According to the Defra Family Food Survey, in 1974, average per capita consumption of milk was 140 litres/year or 2.7 litres/week.

The fall is even bigger than the one seen in the US, where liquid milk consumption has fallen by 40% since 1975.

AHDB said research by market analyst Kantar found the decline can be linked to reduced consumption of “host foods” such as tea, coffee and breakfast cereals.

The uptake of plant-based alternatives is also contributing, although plant-based products still only account for 4.6% of the volume of all milk sold in the UK.

On a positive note for dairy farmers, 98.5% of UK households still buy liquid milk – a figure that has remained largely unchanged in the past few years.

Total retail sales volumes of cow’s milk also only fell 1.5% between 2015 and 2019 because the drop in individual consumption levels has been partially offset by population growth.

Consumption of value-added dairy products, such as cheese, are also growing.

The volume of milk going into cheese has risen by more than 1bn litres since 2009.

AHDB has confirmed that its digital marketing campaign, the Department of Dairy Related Scrumptious Affairs, will return for another round of activity shortly.

The campaign, jointly funded by AHDB Dairy and Dairy UK, aims to shift attitudes among younger consumers so they are more likely to continue to buy dairy products.

Rebecca Miah, head of dairy marketing at AHDB, said: “The campaign aims to remind people of their love of dairy and address the attitudes affecting overall dairy consumption.

“By targeting millennials and new parents, many of which are open to considering alternatives, we are influencing the next generation.

“AHDB also runs various programmes of activity defending dairy in the reputational areas of animal welfare and environment, which contributes to the overall success of the Department and the ultimate positive attitude shifts.”