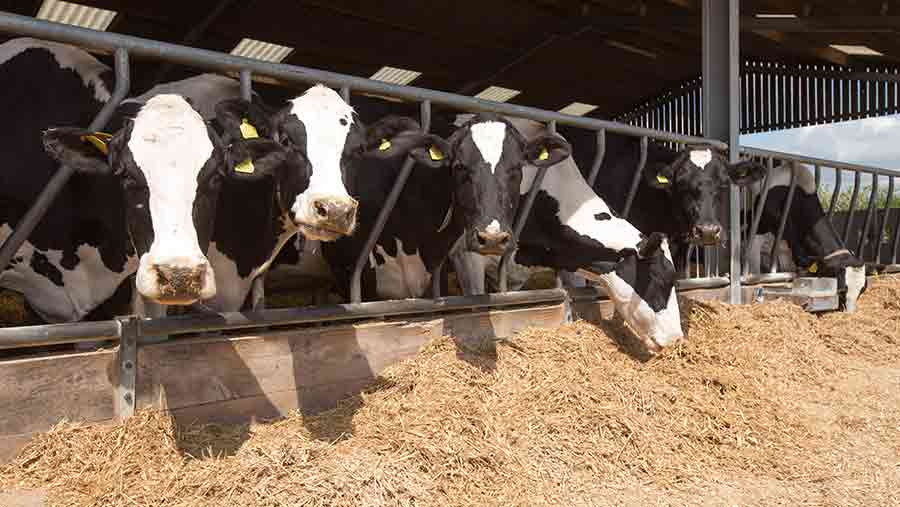 Milk from forage has increased 20% in the year to May as farmers look to cut costs and increase margins over feed.

The average cow in the sample produced 2,707 litres from forage in the year. In May, milk from forage increased 7% compared with the same month last year to 12 litres a cow a day, despite lower-than-average grass growth for much of the month.

Purchased feed costs were 15% lower in the year to May at 6p/litre, with concentrate prices averaging £208/t.

Kathryn Rowland, senior farm services manager, said farmers had been making better use of home-grown forage in an effort to improve their purchased feed efficiency.

The bottom 25% of herds in the sample had improved the most when ranked by milk from forage.

“They have been more focused on rationing to reduce feed costs and have cut out a lot of supplements that were quite expensive, without affecting yield too much.”

The knock-on effect on fertility had pushed calving intervals up by two days, which was not much of a problem for most producers, she said.

However, she expected to see a greater effect on fertility in next year’s results, although Ms Rowland said the benefit of reduced costs was generally worth it.

This was blamed on a combination of poor grass quality, due to erratic weather, and a reduction in supplementary feeding.