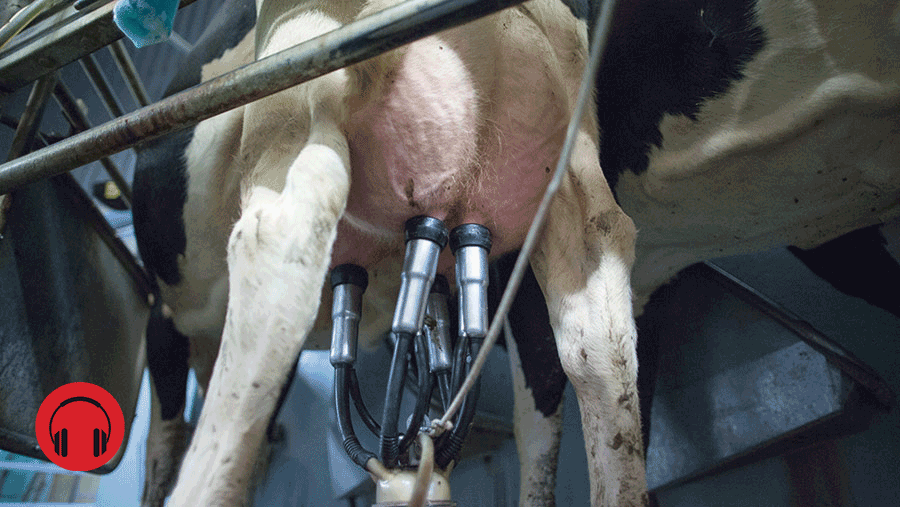 Listen to Suzie Horne read this article or see the text below.

Manufacturing milk prices are firmly heading for 40p/litre, challenging the liquid market to keep up.

A slew of April price announcements this week saw up to 2p/litre added to the farmgate price for several cheesemakers, while the Global Dairy Trade (GDT) online commodity auction index reached another record high.

The fortnightly GDT sale on 1 March saw every commodity rise in price, putting the index at 1,593, with cheddar values up by a remarkable 10.9%.

The growing difficulties in the liquid milk market are highlighted by Kite Consulting in its Beyond Reset report, which warns that milk as a supermarket loss-leader is unlikely to remain viable.

The liquid market doesn’t provide profitable returns for either UK dairy processors or the farmers who supply them.

Those processors could generate higher returns by exporting to high-value markets overseas, says the report.

Kite’s analysis shows that since 2019, UK raw milk prices have lagged behind world prices by an average of £4.29/100kg, particularly in the liquid market, where there has been intense price competition between retailers.

Meanwhile, global dairy demand has outgrown supply and this unsatisfied demand will rise.

“This changes the dynamics in the market and creates a ‘new normal’ which, when combined with a liquid milk sector in the UK that has consistently underdelivered on price in recent years compared with other sectors, has the potential to drive structural change across the UK dairy industry,” said Mr Allen.

“With this dynamic in the market, it seems unlikely that liquid milk as a retail loss-leader in the UK will remain viable – if retailers want to secure long-term supply from partners that are committed to fulfilling their decarbonisation objectives, they need to provide a competitive market return.’’

In comparison, a group of leading global dairy processors generated an average Ebit of £3.35/100kg, processing about 10 times the total UK production.

Traditionally, world prices have been lower and more volatile than UK prices, with higher peaks and deeper troughs, says the report.

However, since EU quotas were abolished in 2015, the world market has caught up and since 2019, UK raw milk prices have lagged behind world raw milk prices, particularly in the liquid market.

The Kite report chimes with the NFU’s recently launched dairy export strategy, which has ambitions for a doubling of UK dairy exports in 10 years.

NFU dairy board chairman Michael Oakes said: “The commodity cheese market is buoyant. If milk is diverted to exports, it’s got to be good for farmers if processors put product where the best return is.”