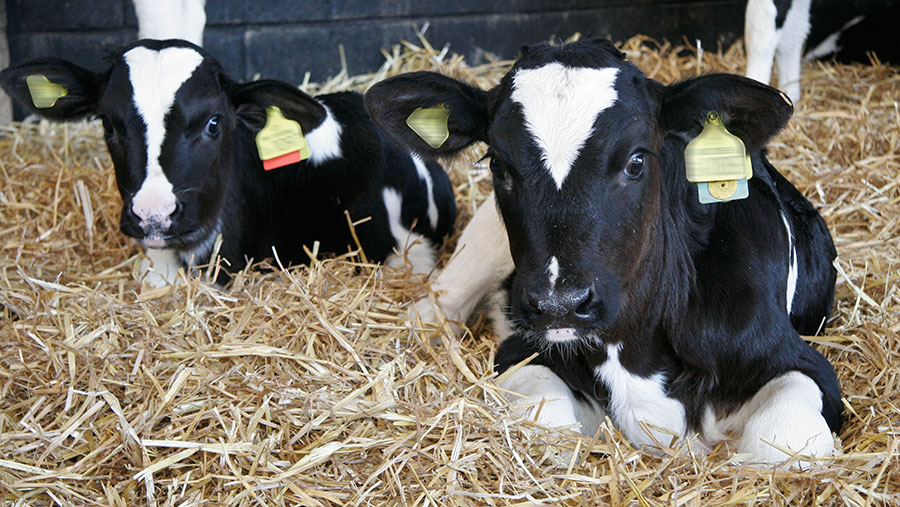 Dairy processor Muller has become the latest milk buyer to encourage farmers to phase out bull calf euthanasia as momentum grows across the industry to bring the practice to an end.

The Market Drayton-based firm has told non-aligned producers in its voluntary Muller Direct Premium scheme that they will need to guarantee by December 2020 that no calves are being shot if they want to qualify for an increased bonus payment of 1p/litre next year.

This will be in addition to the raft of measures aimed at improving animal health and welfare that they have already signed up to this year, which is earning them a bonus of 0.5p/litre.

See also: How to improve old calf sheds on a budget

The increased bonus will be a boost for suppliers who have had to endure three price cuts in 2019, with prices since 1 October standing at 25.25p/litre before the bonus payment.

The bonus is paid in arrears at the end of the year and will not be available for litres in Muller’s fixed-price contract option. The scheme is not open to farmers in an aligned milk pool.

Many of its farmer suppliers will already be rearing their calves for sale, meaning compliance will be a formality.

The move comes after Arla recently pledged to end the shooting of bull calves by all of its 2,300 members from 1 January 2021.

Various supermarkets with aligned producer pools already have commitments in this area, including Sainsbury’s, Waitrose, Morrisons and the Co-op.

The amount of beef currently imported is less than the amount that would be produced if all slaughtered calves were reared, said NFU dairy board chairman Michael Oakes.

He said conditions to find a viable market for all calves are not in place today, but it could be achieved with  a concerted cross-industry effort.

One particular opportunity post Brexit would be for British beef to supply places like hospitals, prisons and the armed forces. Currently, these contracts are often filled by imports.

Scale of issue
Exact figures for the number of calves shot on farm are difficult to obtain, as there is no requirement for farmers to tag and register them if they die within 36 hours of birth.

A 2018 report from the Cattle Health and Welfare Group – a UK cross-industry body made up of farm unions, levy boards and other experts – estimated about one in five dairy bull calves were euthanised on farm in 2016.

The report showed significant variation in the proportion of calves shot each year based on the financial viability of finishing systems.

Just 14% were estimated to have  been killed in 2013, when grain prices were lower.

The current slump in finished beef prices, which the industry has been enduring for much of 2019, has pushed calf prices down, but many farmers are reportedly continuing to rear them rather than resort to shooting.

Mr Oakes advises farmers talk to buyers from the beef supply chain to ask them what they want.

“If we are producing something they don’t want, it is hard to find a home for it,” he said, acknowledging the problem was most acute for producers with cross-bred and Channel Island breeds.

Sexed semen
The issue is being helped by the rapid increase in the use of sexed semen, which is reducing the number of the lowest-value, purebred dairy male calves entering the system.

Almost one-third (31%) of inseminations now use the product.

AHDB data shows the use of dairy sexed semen has doubled in the past five years, with a particularly rapid increase in the past two years.

Dairy and livestock analyst Jennie Tanner said the use of sexed semen on the best cows means beef semen can be used for the rest of the herd, allowing for a calf that will have more value for the beef market.