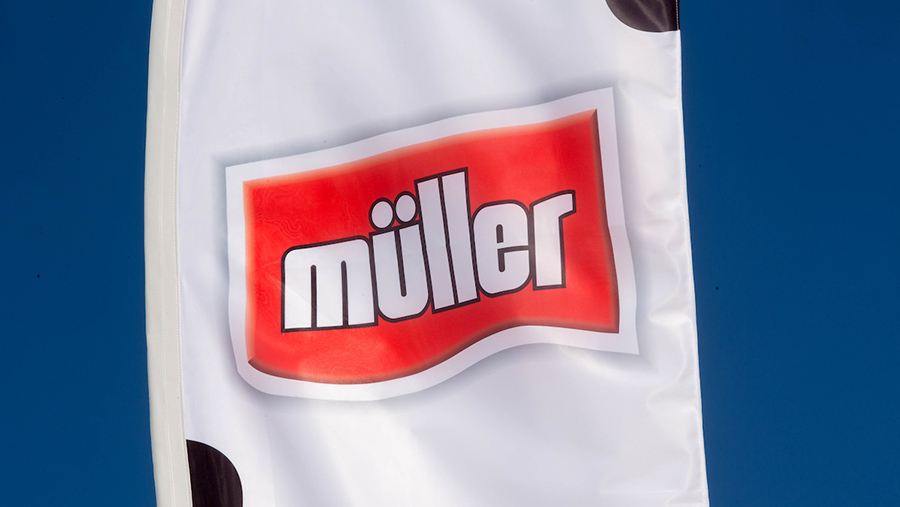 Muller, the UK’s largest liquid milk supplier, is forecasting a return to profitability in 2020 after a 12-month cost-cutting programme.

The Market Drayton-based firm has cut its number of farmer suppliers, shed 400 staff, and reduced its processing sites by two in a bid to trim £100m of costs from its business.

The programme, called Project Darwin, came after the privately owned firm made an operating loss of £132m in 2017, which it blamed on a widening gap between rising milk production and declining consumer consumption of liquid milk.

See also: How to assess if your dry cow ration is working effectively

It also claims that 90% of its contracts by volume with retailers are now profitable, having walked away from 4% where agreement could not be reached, with the remainder still under negotation.

Muller say Project Darwin has not been completed, but there are no current plans to reduce farmer numbers further.

Speaking at the Semex dairy conference in Glasgow this week, Muller UK CEO Patrick Muller said that the changes mean the company should return to profitability within six months.

He said the changes had made the company a much leaner organisation and that he hoped the company could now move towards further improving profitability by adding more value to its products.

“We are much more positive than a year ago. A year ago it was really on a tipping point – where we thought: ‘|s it really clever to be in this business?'” he said.

“At one point we thought ‘enough is enough’, but the steps we took worked and we see fundamental positives about this industry, which allows us to believe in a positive future.”

However, he warned that UK liquid milk usage is still forecast to fall by 70m litres a year for the next decade, from 4bn litres this year to 3.3bn litres in 2030 as consumers move away from breakfast cereals and switch from milky tea to black coffee.

Number of dairy businesses predicted to fall sharply by 2030

The pace at which dairy farmers leave the industry is set to accelerate as costly new environmental requirements push out smaller producers.

The number of dairy farm businesses in the UK is forecast to decline from 11,670 to 7,890 by 2030, according to new analysis from analyst Kite Consulting.

Kite founder and managing partner John Allen said that 3-4% of businesses currently leave the industry every year, but he forecasts this will accelerate to as much as 7% by 2024-25.

Declining direct subsidy payments and tighter environmental rules that are likely to require major capital investment in slurry storage will mean smaller producers will be unable to afford to stay in business, he said.

Kite predicts total cow numbers will fall, but milk production is unlikely to diminish as average output will rise from the current 8,090 litres per lactation to 11,080 litres by 2030, as genetics continue to improve.

This will give the dairy industry a positive story to sell to consumers as a reduction in cow numbers combined with improved feed efficiency and better use of nitrogen will allow the industry to cut its carbon emissions by 30%, said Mr Allen.