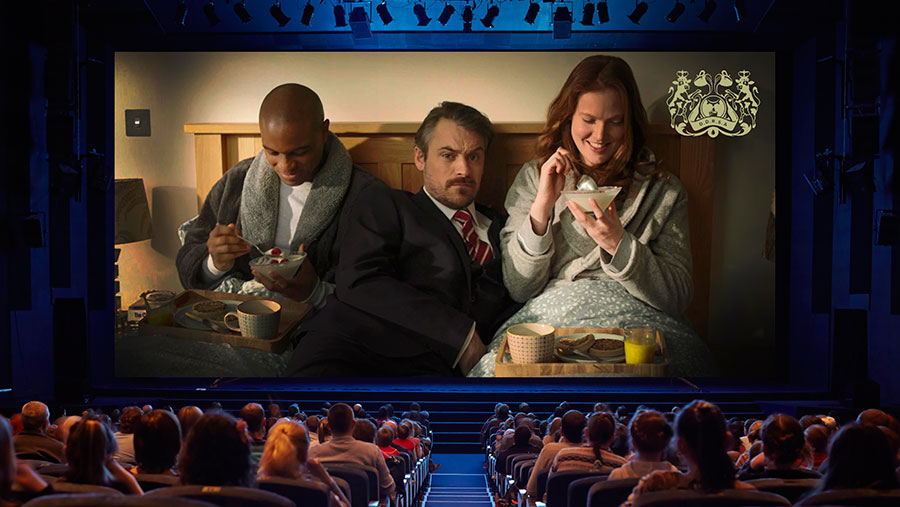 A UK-wide marketing campaign aimed at promoting dairy and increasing consumption has been given the go ahead for a second year.

AHDB and Dairy UK have once again joined forces to fund the £1.2m initiative, which will include advertising in cinemas around the country for the first time.

This will be alongside social media, on-demand TV and digital outdoor advertising through the spoof government organisation, The Department of Dairy Related Scrumptious Affairs.

A further new addition to the campaign resembles something more at home in a science fiction novel than a farming promotion.

A consumer panel will be hooked up to a brainwave electroencephalography (EEG) headband, which tests individuals emotional and physical responses to dairy and non-dairy products.

The monitoring places electrodes on the head and measures voltage fluctuations in the brain in response to stimuli and has several applications, including in the medical profession to distinguish epileptic seizures.

Consumers really enjoyed the humour of the initial campaign, according to AHDB head of dairy marketing, Rebecca Miah.

“The next phase builds upon that success and introduces new ways dairy can be enjoyed using cinema, iconic poster sites and social media activity.

“Cinema advertising is a great way to target a captive audience while they’re in a positive frame of mind.

“They often combine the experience with a meal out so it’s a perfect time to promote positive dairy messages,” said Ms Miah.

Critics of the campaign argue that the money does not show a tangible return to individual farmers or to the industry as a whole.

Generic marketing campaigns such as Accrington Stanley and the milk moustache are from a bygone era, says Nuffield scholar and journalist Tom Levitt.

Mr Levitt argues that the money would be better spent investing in the UK’s best, innovative start-up brands that add value to milk, rather than competing like-for-like with the marketing departments of non-dairy alternative retailers with budgets much larger than those of AHDB and Dairy UK.

“If we invested in individual brands we could better measure the return on investment, through looking at their geographical expansion and sales increases as a result of the cash boost,” he added.

How can I get involved?

As was the case last year, farmers can get involved with the campaign locally by ordering posters, banners, re-useable coffee cups and car stickers.

These can be ordered for free from the AHDB Dairy website.