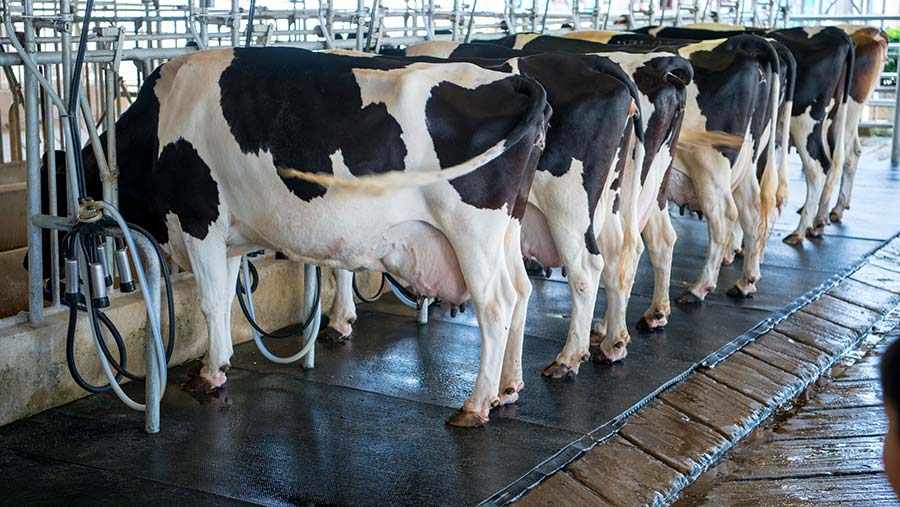 First Milk has announced a 2p/litre increase in its farmgate milk price from 1 January 2022, while Muller has added another 1p on top of its recently announce 2p price rise for the same month.

The First Milk move puts its manufacturing standard litre at 33.5p/litre before payment of the 0.5p/litre member premium at the end of the milk year.

The farmer-owned co-operative has about 800 members. It produces cheese, bulk cream and whey proteins, and exports its products to more than 26 countries.

Robert Craig, vice-chairman and farmer director at First Milk, said: “We are acutely aware of the huge inflationary cost pressure that our farmer members face this winter. As always, our focus is on returning as much to our members as we can.

“While this 2p/litre price increase is undoubtedly a positive step, we will continue to work hard with our customers to recover increased costs from the marketplace, as well as focusing on any further mitigations we can take to reduce cost across our business.”

The First Milk price rise follows a flurry of increases by processors across the industry, as on-farm costs continue to rise and wholesale markets show strong growth.

Farms on direct contracts supplying Muller will receive an additional 1p/litre price rise from 1 January. This is on top of the 2p/litre increase announced two weeks ago, taking its standard litre discretionary base price to 32p/litre in January. Most of those on direct contracts will also receive a 1p/litre premium paid at the end of the milk year.

Muller says the additional price rise reflects the need to continue addressing challenges to the supply of milk from dairy farmers, which include rapidly rising on-farm production costs.

In a separate move, Muller Direct farmers on three-year fixed-price contracts with Lidl GB for up to 50% of their milk supply will receive a temporary increase of 4p/litre to 33p/litre from 1 January.

While the price rises are welcome, they are generally not seen as being enough to keep up with rapidly rising costs of production.

Nick Holt-Martyn, principal consultant at The Dairy Group, says processors have been increasing prices by headlining amounts in the past 10 days but still lag behind the market.

“Don’t be fooled that this is remotely generous or sympathetic to cost-of-production inflation,” Mr Holt-Martyn says. “Wholesale markets have risen by 17.3% in the past three months, which means that the Defra farmgate average needs to rise to 36p/litre to keep pace.”