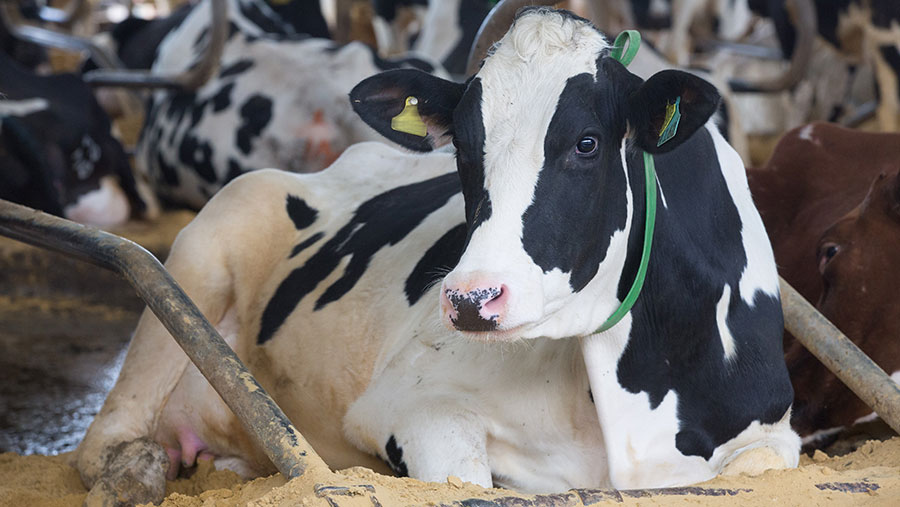 Dale Farms has become the third dairy processor this month to offer members a fixed-price contract, as the sector braces for the outcome of trade negotiations between the UK and EU.

Milk producers supplying Dale Farms are being offered the opportunity to lock in up to 30% of their contracted supply at a fixed price for three years.

The contract will have a base price of 26p/litre between April and September and 29p/litre between October and March for milk of 3.85% butterfat and 3.18% protein, the firm said.

Dale Farm is the largest farming co-operative in the UK and it will make the voluntary offer to its Northern Irish farmers, who make up 95% of its total suppliers with the rest in England and Scotland.

See also: Dairy financial KPIs: What they mean and when to use them

What is Dale Farm offering?

Stephen Cameron, group commercial director with Dale Farm, said: “We are pleased to offer this fixed milk price contract option to dairy farmers, giving them a choice on how to manage their business.

“A contract such as this can offer protection from volatile dairy markets, offering a guaranteed price for the next three years.

“Opting into the contract is, of course, a decision that all farmers must make based on their own circumstances.”

The firm’s fixed-price offering is one of three to hit the market this month, with fellow Northern Irish firm Lakeland Dairies also offering its members a three-year deal for 5% or 10% of their production.

Farmers who sign up will be able to lock in at 26p/litre for April to September and 28p/litre for October to March for milk containing 3.6% butterfat and 3.3% protein.

Earlier in the month, Yorkshire-based Paynes Dairies also offered its producers a 26.7p/litre one-year deal for 2021 for up to 12% of their annual volume.

That compares to an average price of 25.75p/litre in the previous 12 months to November 2020 for a liquid standard litre, according to milkprices.com.

“I would say across the dairy sector that there are farmers that absolutely embrace them who have bank commitments to meet,” he said, but noted that many still prefer to leave their whole supply commitment open to potential price rises.

He emphasised that farmers would have to carefully consider whether to take them up based on their individual circumstances, but said that those who had locked in some of their milk had benefited during the coronavirus-linked price drops earlier in the year.

The dairy sector in Northern Ireland is braced for the outcome of ongoing trade deal negotiations between the UK and the EU.

Farmers in the province are waiting to find out if the 800m litres of milk that flow annually across the Irish border will still be allowed to fulfil EU contracts with third countries, such as milk powder into Africa, Mr Brown said.

The trade is worth some £200m/year, according to the Northern Ireland dairy council.