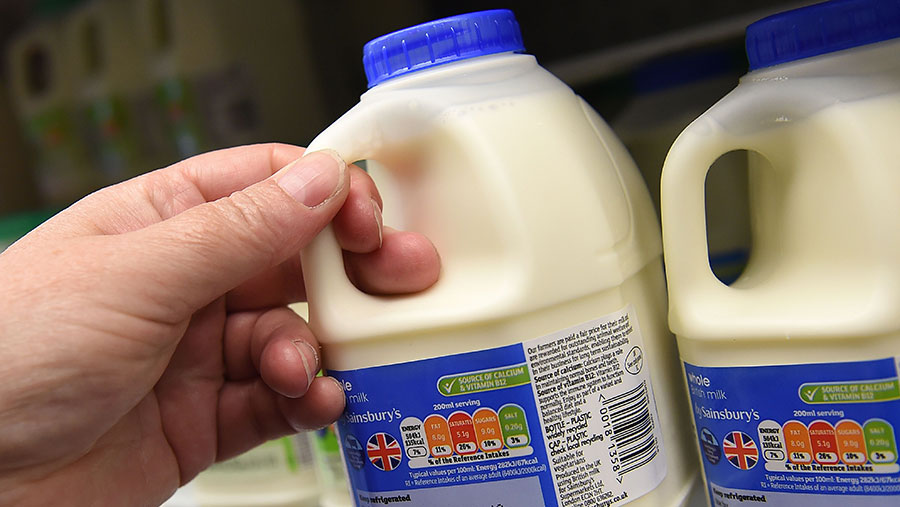 Consumers have turned to dairy-based comfort foods during the coronavirus pandemic, boosting sales of cheese, butter and cream.

Overall spending on dairy rose by 7.8% during 2020 compared with a year earlier, according to AHDB consumer insight manager Susie Stannard.

The increases were seen to be a result of shoppers looking to traditional comfort foods during the misery of lockdown, and a 73% increase in home-baking, Ms Stannard said, unveiling the figures at a British Cattle Breeders Club online conference.

The sharpest rise was in mozzarella sales, which soared by 48% as people created their own pizzas at home rather than venture outside.

During the first lockdown alone 1.3bn sandwiches were consumed – of which about a third (440m) contained cheddar.

Even the staple dairy product, liquid milk, recorded a significant uplift of 6.6%. This rise was down to an increase in milky coffees and cups of tea made by people at home during office hours, Ms Stannard said.

One area to have benefited significantly is doorstep milk deliveries, which saw customer numbers increase from 525,000 in 2018 to 703,000 in 2020 – reversing the general decline in sales.

Encouragingly for these operators, the type of customers making use of the service has shifted, with a surge in younger groups and families ordering products.

The home focus and return to some traditional and staple foods during lockdown has been reflected in attitudes towards British farming.

Surveys showed almost three quarters (72%) of the public said farmers did a good job. About half of respondents said they would now select British-produced food, even after coronavirus restrictions were lifted.

However, Ms Stannard pointed to long-term challenges. Younger age groups are less positive about dairy and are intent on consuming less.

One in three cited concerns about welfare such as zero grazing systems and cow and calf separation being cruel.

Health was a further issue, mainly driven by misconceptions about hormones and antibiotics in milk.

To overcome these negativities, Ms Stannard suggested the AHDB and other farming groups should continue to promote the UK’s higher welfare standards and strict control of antibiotics.

She also pointed to the AHDB’s Eat Balanced campaign which is promoting the relevance of dairy in the current economic climate as a low-cost, highly nutritious element of the diet.