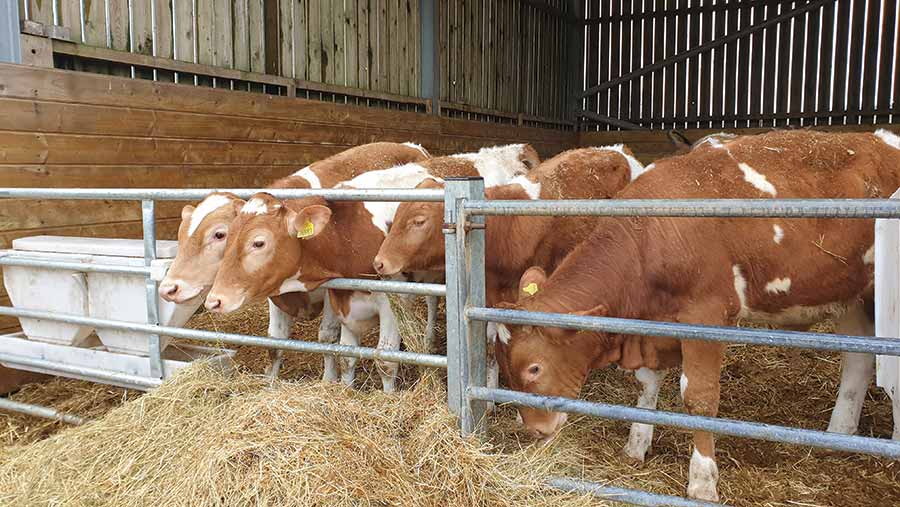 When Devonshire dairy farmer Neil Weston switched from being a flying herd to breeding his own replacements it created an unwanted boom in dairy bull calves.

But after being inspired by Gordon Ramsey’s promotion of British rose veal, he started selling a few calves through local farmers’ markets to test the water.

He eventually gained favour with Tim Madden at River Cottage, who became a great mentor and supporter of the business.

See also: So you want to… get into veal

Seven years ago, Mr Weston emailed all the Michelin-starred chefs in the UK, pitching his rose veal as the sustainable, high-welfare alternative to that produced on the Continent. 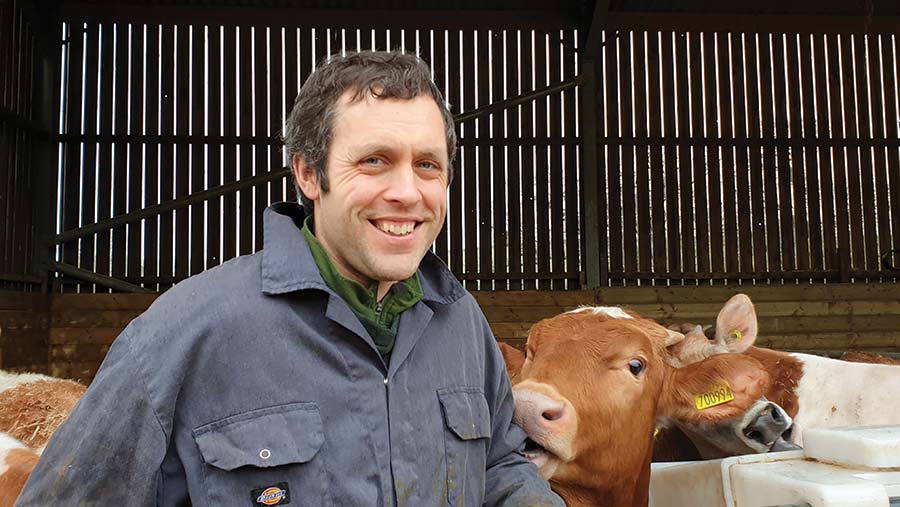 Appetite has grown so much that he now selling up to 80 calves a year through his Weston Rose Veal brand, supplying some of the UK’s leading chefs, and making more than £6/kg.

One of the big attractions for his customers is being able to use a product reared to high welfare standards, with Weston Rose Veal being awarded the Good Calf Commendation by Compassion in World Farming (CIWF) in 2017.

How calves are reared

The farm’s 95 pedigree Jersey and Guernsey cows calve in the spring for 11 weeks starting in February.

Calves are initially housed individually for a few days to build up their strength before being moved into groups of six. Thereafter they are merged with a maximum stocking density of 18.

Focus is placed on ensuring calves receive enough colostrum within two hours of birth to fight off disease, but calves are also vaccinated against pneumonia.

For the first two months of life calves are fed 2 litres of milk replacer twice daily alongside an 18% crude protein calf mix, which is fed ad-lib with straw.

If the weather permits, Mr Weston turns the calves out to grass at one month, in groups of up to 24, and strip grazes them to improve grazing efficiencies. 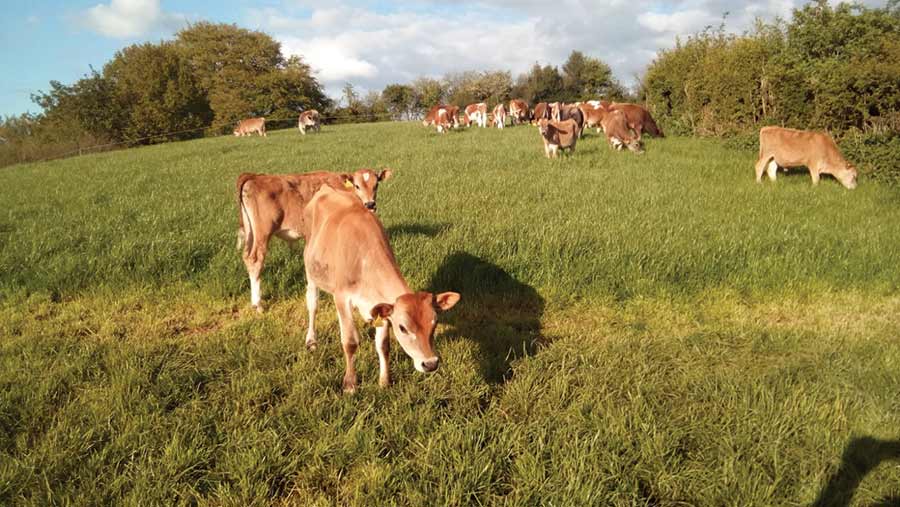 Calves are strip-grazed from one month, weather permitting

Calves are normally weaned at two months of age, but milk is fed for up to 12 weeks if they are not doing as well and they could benefit, says Mr Weston.

To improve carcass weights from the 80kg he realised he needed to push feed intakes, so he added molasses and more fibre to the diet.

At two months of age, calves now transition on to rolled barley mixed with molasses and fed alongside ad-lib hay or grass.

Quite a few animals are finished off grass, but all stock is housed from October to March in straw-bedded pens and some will be finished inside.

To supply a consistent product year-round, Mr Weston buys in around 35 Jersey and Guernsey bull calves from an autumn-calving herd in August and September.

Most calves are slaughtered at about eight months old, weighing 240-300kg liveweight (120-150kg deadweight). This produces a rump of 1.8-2.5kg, respectively.

“A good indicator of performance is the muscle along the loin – this is the highest-yielding cut with the highest value.”

Carcasses go to a licensed butcher to be cut into primal cuts, which are then packaged, labelled and sold directly to the customer.

Mr Weston uses the Foodchain app for many of his direct sales. The app connects suppliers to a growing network of chefs and restaurants.

“The app was a turning point for the business, it opened up the client base and we now do between one-third and half of our business through these contacts,” he says.

But it doesn’t come easy. Each calf costs about £470 to produce, including feed, slaughter, butchering, packaging and transportation, but not including labour or marketing.

“It isn’t a simple case of feeding and rearing – you have to be farmer, processer, packer, marketing agent and front of house.”

To build relationships, he held an open day for London chefs, explaining the process from field to fork.

“We wanted them to understand why our veal is different to others,” he explains. “We try to only produce what the land can manage – it is a closed loop and something we keep looking to improve.”