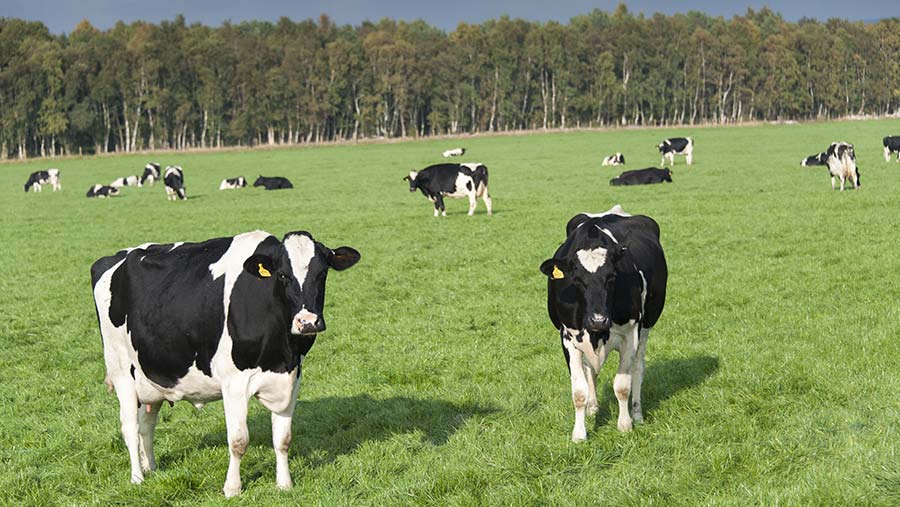 Farmgate milk prices in the UK are anticipated to edge up 0.6p/litre in April, the first full month that Britain will have been outside of the EU since 1973.

The latest AHDB Dairy data indicates that a combination of the value returned to dairy manufacturers from the market (MMV) and farmgate milk prices hinted that average prices returned to producers would increase next month.

Prices were predicted to ease back by 0.2p/litre in May according to the levy board, however variations between different contracts would still mean milk prices varied across the board.

Competition within the milk market and changes to processing capacity and import competition resulting from the UK’s future trade arrangement with the EU would all affect prices over the next few months, said AHDB Dairy.

There was a plentiful supply of milk, according to AHDB Dairy, but demand was lacklustre as buyers hesitated over Brexit and the impending spring flush.

A strengthening pound in the second part of the month contributed to downward pressure on fat markets.

Cream prices eased downward in February, with the rate of decline picking up in the second half of the month, finishing in the £1,500/t region, dropping from £1,700/t in mid-February.

In total, average cream prices dropped 6% on the month.

Markets for butter also dipped on the month, with average prices dropping to between £3,600/t and £3,700/t on the back of lacklustre demand.

Skimmed milk powder (SMP) markets were also quiet in February, increasing by 1% to £1,690/t as Brexit concerns and the imminent flush gave buyers little incentive to enter the market. It is worth noting that this price was 50% higher than 12 months ago.

Cheddar markets were unmoved in the month at £2,880/t, but this was largely due to a lack of trade.

European dairy markets have seen the recent trend of firmer SMP and weaker butter continue over the past week.

The European SMP quotation extended its run without a loss to 19 weeks, now gaining 27% in euro terms since mid-October.

This suggests there is still strong demand for European SMP globally. Currency volatility has mitigated some of these gains on a sterling basis.

EEX SMP futures have also remained firm over the past week as the January 2019 to August 2019 contracts gained 0.6% on average.

In New Zealand, the Global Dairy Trade auction extended its positive run, albeit with more moderate gains, moving higher for the sixth event in a row.

New Zealand SMP continued to see good gains in this latest event, reinforcing the view that there is strong demand for SMP globally.

Concerns over dryness in New Zealand are lending some support to global dairy markets, although there has some rainfall in recent days which should help pasture growth rates.