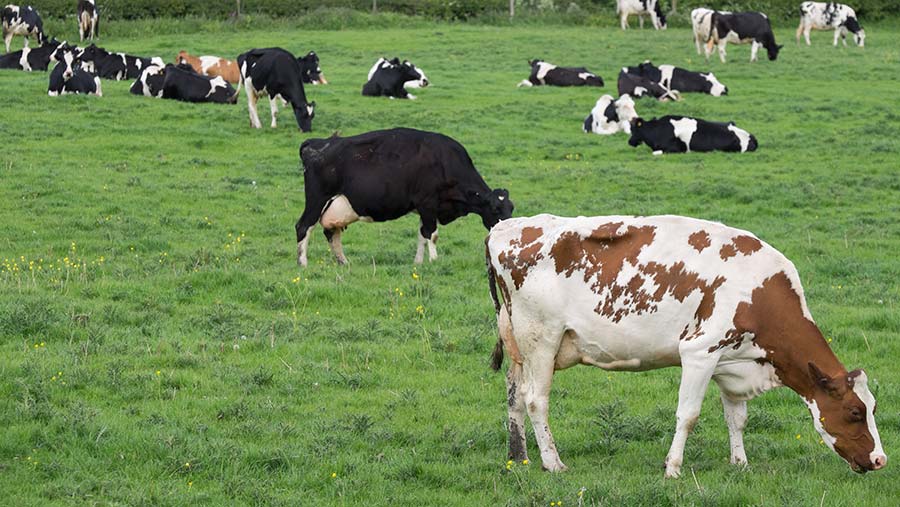 UK wholesale dairy prices increased in August, supported by demand from the continent, which saw markets pick up.

This demand seemed to be driven by weather affecting key EU producing member states and good weather now could see milk production pick up towards the end of 2018, according to AHDB Dairy.

However, the levy board said there is concern that milk production will falter towards the end of the year due to uneconomic feed costs, as many farmers are using this year’s winter feed, and this uncertainty has traders on a knife edge.

The demand from the continent has been influencing UK cream prices the most, up 4% on July at an average price of £2,230/tonne. Exports have also risen, due to concerns over key EU milk producing nations being impacted by hot, dry conditions.

Trade has been fairly quiet for butter with average prices only really rising as a reaction to cream, rather than a specific butter market factor. The price has also risen by 4% on July, to £5,080/tonne.

The mild cheddar market saw no change, remaining stable at £3,050/tonne, with little activity taking place across the month.

With stocks plentiful, sellers are generally in no rush to sell, and buyers are also in no hurry, says AHDB Dairy.

The actual milk price equivalent (AMPE) increased by 4.3% from July’s figures to 33.18p/litre.

The milk for cheese value equivalent (MCVE) increased by 0.7% from July’s figures to 33.62p/litre.

AMPE and MCVE track butter and milk powder, and cheese and whey values respectively and indicate what these commodities are worth to processors after processing but before transport costs.

The price rises follow Arla’s decision to hold its milk price for September as the industry waits to see the final impact of the drought on European milk volumes.

Arla’s standard manufacturing litre with a constituent content of 4.2% butterfat and 3.4% protein will remain at 31.38p/litre through next month.

Muller is expected to announce its milk price for September at the end of this week.

Meanwhile, the Global Dairy Trade (GDT) index, an indicator of international dairy market sentiment, added to its three-month slump on 21 August, dropping by 3.6%.

Prices averaged US$3,044/t (£2,357) as all but one of the products offered tumbled in value across the auction, which fell for the ninth time in the past 12 auctions.

On the futures markets, things have been more mixed with EEX butter futures’ September to March contracts down sharply, falling by 5.6%. SMP futures meanwhile saw October-December move down by 1% and January-March up 0.9%.

Despite the modest milk production numbers for July coming out of the Netherlands (-1.2%) and the US (+0.4%) over the past week and very strong export numbers out of New Zealand for July, futures’ prices struggled to find support.

Last week’s GDT auction also did little to support market prices as it saw its fifth move lower in six events and 10th move lower in the last 13 events with the overall index dropping by 3.6%. Fats, in the form of butter and AMF drove the decline.