A Somerset farmer has created an alternative futures market to make it easier and less costly to manage price risk.

The Agricultural Options Exchange (AOX) was test-launched in September, offering the chance to trade opinion on likely future prices of a wide range of farm produce, inputs and weather conditions. 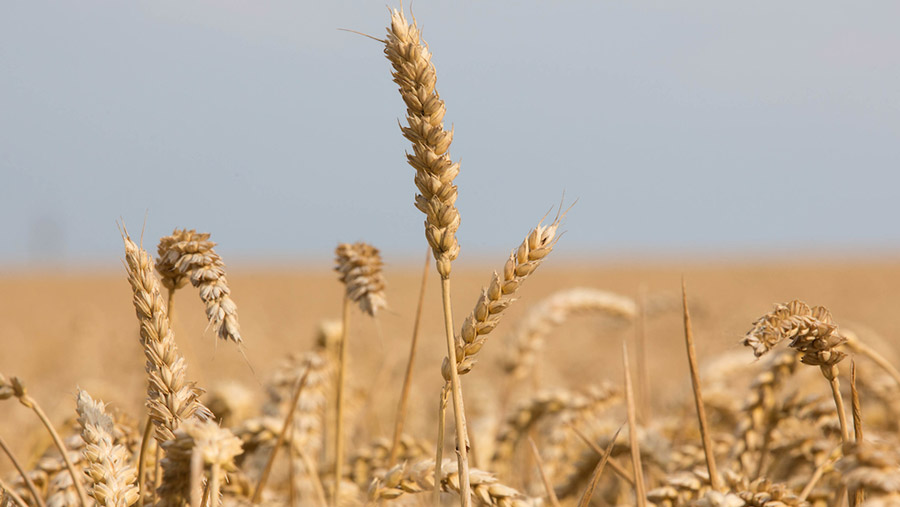 About 200 farmers are already signed up to test the product over the next few months, using a fictional £1,000, and more are needed.

Creator Richard Counsell has a background in software development and lives on his family’s Somerset farm.

“Until April this year, I was running a software company in Chicago and it was there I became fascinated by how normal it is for US farmers to use the markets in Chicago to manage volatile prices,” says Mr Counsell.

“The fact it took me months to fully understand it all was a big problem and I realised that unless technology could be used to simplify it, family-sized British farms would never benefit from financial risk-management tools.”

He secured a Nuffield scholarship to research financial risk management for farming and to try to do something practical about it.

“I see volatility as the single biggest threat to British farming. As a farmer, being exposed to global commodity prices without the tools to manage it is like trying to cross the Atlantic in a bath tub. As an industry we are going to get seasick very quickly.”

How does the AOX work?

“On the AOX, you simply answer yes or no to a question on price and buy either a Yes share or a No share in that question – for example: “Will feed wheat be higher than £135/t ex-farm on 31 November 2016?”

The AOX acts as a matchmaker between people with different opinions on this question and people who buy or sell shares in the outcome to that question.

An AOX share is always priced between 1p and 99p, with the price moving depending on how many market participants think the answer to the question is yes or no.

Along the way, more traders come into the market and if the majority of them vote “Yes”, then the price of Yes shares will rise. A Yes share might rise to 80p, for example, in which case the No shares would be 20p

“Alternatively, if you bought a share for 20p and it rose to 50p before the end of the trade you can sell early and lock in 30p a share profit – as long as there is someone on the other side willing to buy that share.

“Crucially, if you bought a share for 20p, you pay for that share in advance and your total maximum risk is 20p. That’s the main difference between the AOX approach and futures, for example.

“Trading with margin [basically borrowing money to make a trade] can be very profitable, but also very risky, because if the trade goes against you, you could lose more than your original investment.”

Mr Counsell believes margin risk is currently not acceptable for the majority of small investors and individual farmers. “On AOX, there is no such risk – the maximum you can lose is your original stake.

“We also expect farmers to trade as well as hedge. They can use their industry knowledge to profit from the trades.

“For example, if there was a question or the GB average potato price and you know your own yields are slightly down, that would give you really useful insight into the likely future price direction.”

How is this different from the traditional way for farmers to use futures and options exchanges?

“We have created a simple-to-use options platform where traders can trade the latest prices, input costs or yield-affecting climate using data from AHDB, Defra, the Met Office, Bank of England and so on. It is a fixed-return option costing anywhere between 1p and 99p.”

Questions can also be set by any user, as long as there is enough interest in that question for people to want to trade it. No physical delivery takes place, it is simply an opinion-based market.

“Option premiums are paid in advance, so there is never a margin call [such as in traditional futures markets, when trade moves against you and you have to cover your financial loss].

“Traders can buy a single share in the answer rather than buying into a large futures contract. You cannot lose more than your original stake.

“We have used a simple exchange approach to make it easy, accessible and affordable for farmers and investors to access commodity markets without brokers or expensive fees.”

The AOX is free to use and makes its money through a 5-7.5% commission charged to those who make a profit on their AOX transactions. “If you don’t make money, you won’t pay a penny to use the exchange.”

Which commodities/exchanges will AOX cover?

“We have launched with dairy, cereals, beef, sheep, pigs, land, fertiliser, fuel, horticulture, politics and climate. We can trade any sector that has an independent and unambiguous answer at the end of the contract.”

What is the plan for AOX?

Once the test phase is complete, we will close our own crowdfunding round, which is offering shares in AOX itself at £10 each. We want the industry to benefit from and own a part of the AOX platform.

In January 2017 there will be a full launch, with real money trading and hedging. In the second half of 2017 we will widen out to other territories, starting with Ireland and then Australia.

Who can be a test user?

“Anyone willing to give us honest and constructive feedback.

“Typically farmers will look to hedge – in other words, transfer some risk to investors willing to take the other side of the trade.

“We are targeting small armchair investors on the other side who are looking for an alternative asset class or simply to make a profit from commodities.

“They typically will already be crowdfunding startups and looking to do more with their money with our historically low interest rates. Crucially, both sides can enter the market with less than £10.”

AOX is based at the Farm491 Innovation Centre at the Royal Agricultural University. To find out more or become a test farmer, visit the AOX website.