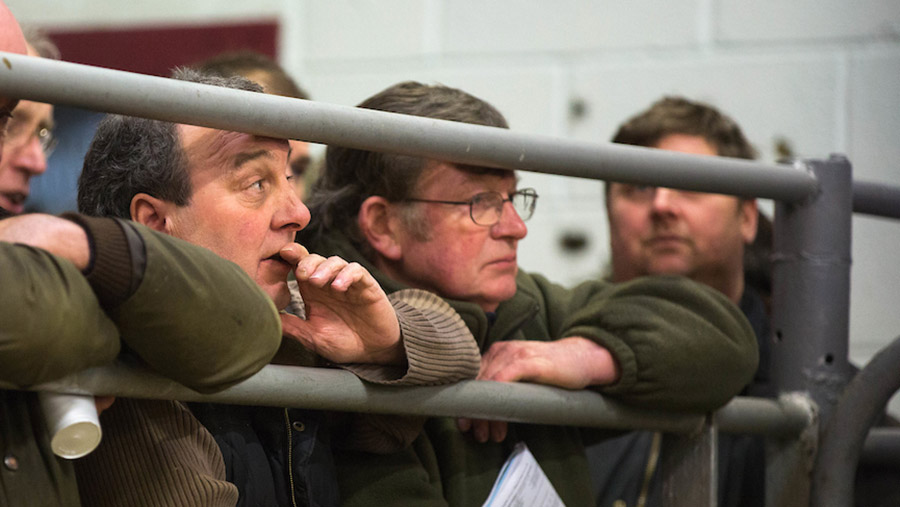 The Farmers Weekly Sentiment Tracker has been running for a year, taking a monthly snapshot of farmers’ attitudes to the economic and political world they operate in – and from the latest results it seems that not all is as it should be.

In terms of how farmers see their short- and medium-term business prospects, there has been a clear decline in both assessments over the past 12 months.

When asked this question in July 2018, the majority view was more upbeat.

On a scoring system where five is “very optimistic”, three is “neutral” and one is “very pessimistic”, the average rating was 3.76 for six-month prospects and 3.52 for two-year prospects.

But these scores had dropped to 2.83 and 2.66, respectively, by July 2019, suggesting farmers are now feeling more negative than positive.

There are numerous reasons why that might be, though the prices farmers receive for their outputs and pay for their inputs is paramount.

On this score, there has been a clear widening of expectations over the past year.

In July 2018, most farmers expected output prices to stay the same or rise slightly, over the course of the year. But this has slipped and now stands at 2.23 out of five – a 12-month low.

As for input prices, a year ago a majority of farmers expected them to rise over a 12-month period, with a score of 4.03 out of five, and this downbeat view of production costs has remained relatively unchanged.

There is little doubt that market prices are languishing behind where they stood a year ago for many commodities – but the malaise in the beef and sheep sectors is particularly apparent, with farmgate prices 10% lower than they were a year ago and many farmers losing money.

Cereal prices are also down and, while oilseed rape is firmer, the devastating effect of cabbage stem flea beetle on yields in those crops which were not ploughed up or reseeded points to slimmed-down margins.

It is not surprising, therefore, to find that the number of farmers feeling “hopeful” has slumped to an all-time low, according to the Sentiment Tracker.

Perhaps surprisingly, sentiment surrounding the likely impact of Brexit have been relatively constant over the past 12 months – suggesting farmers, like many others in society, are relatively entrenched in their views.

Certainly, surveys done by Farmers Weekly at various points since the EU referendum in 2016 have found farmers reluctant to change the way they originally voted – despite the political and economic fallout – although “uncertainty” remains a dominant sentiment in the sector.

Each month, as well as the four standard questions, we ask one supplementary question.

Here are the results for the past three months:

May
If you could use one word to describe being a farmer in 2019, what would it be? 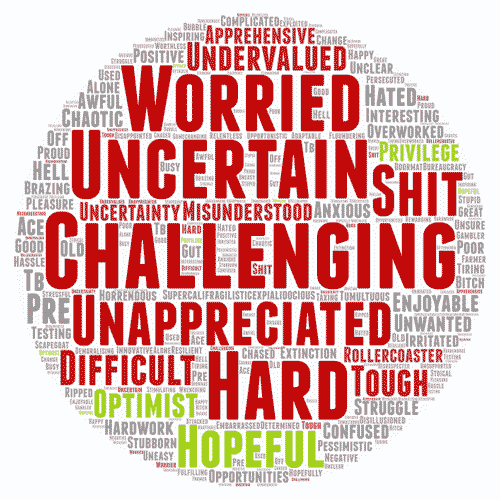 June
Who would you like to see become the next prime minister?

July
Have you written business goals for your farm business and how often do you review them?

Particularly revealing about the pressure farmers feel under was the supplementary question we put to them in May, asking them to use one word to describe being a farmer in 2019.

Analysis of the word cloud produced shows that 79% of these words were negative, against 21% which were positive.

But there is likely to be a bit of “Boris bounce” in the air, as our June poll found relatively strong support for Boris Johnson as prime minister.

Among the comments offered by farmers, one said Mr Johnson “might act like a clown, but he’s got what it takes”.

Another said: “He is an experienced negotiator, he is intelligent and popular – Boris is our Trump card.” Time will tell.