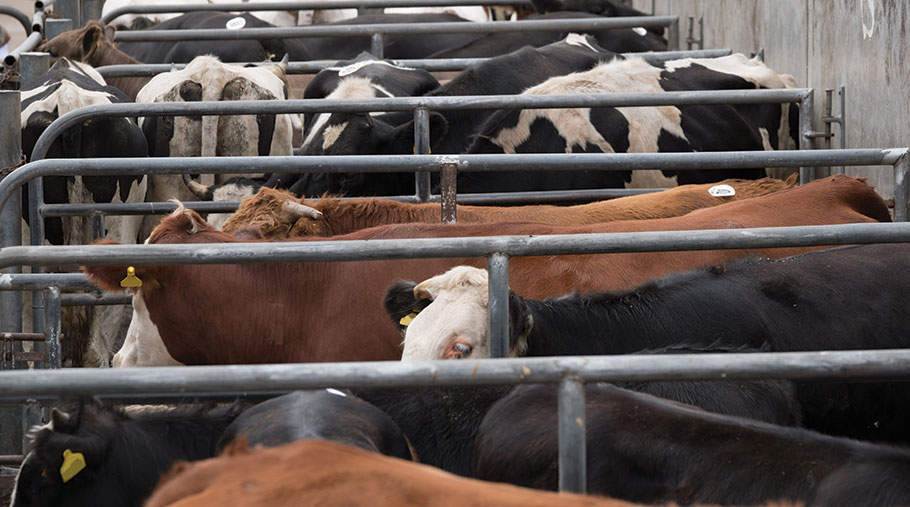 Store cattle prices remain firm for quality but reports from around the countryside suggest more selective bidding is creeping in on longer-keep cattle as the dry spell continues.

A larger price difference opened up between first and second-quality young continental stores at Frome, Somerset, last week (6 July), with dry weather making itself known around the ring.

Shrewsbury and Bishop’s Castle markets are in their usual summer quiet period for store sales. Normal procedure is for the two centres to alternate with fortnightly sales but his has reduced to just one sale every fortnight

A small show of 85 weanling cattle met a strong trade on Tuesday (3 July), topping with bulls at £890 for an eight-month-old Angus, while a dairy-cross Angus made £660 at seven months.

Auctioneer Jonny Dymond of Halls, said the weather didn’t seem to be forcing the hand of beef farmers yet, although numbers were down. However, with a long-term forecast looking dry until late August, things could change.

“I wondered whether because of grass availability trade might slacken off but it has held recently, although if it continues to stay dry I feel something has got to give,” he told Farmers Weekly.

“We haven’t seen cattle be offered younger due to grass availability but we have seen a lot more cull cows sold in this dry spell.

“More people are opting to sell stores younger generally and it makes sense. If you can sell a bullock or heifer for £1,000 at 10-12 months or hold on to it for another £150-£200 at 18-20 months you are better off having more cows and selling more calves overall.”

Dry weather resulted in a larger yarding of 100 store cattle at Pateley Bridge Auction Centre, North Yorkshire on 7 July, with prices lifting slightly to level at £935 for steers and £906 for heifers.

“It was stronger, shorter-keep cattle that were in the most demand,” Judy Middlemiss, mart chairman and director told Farmers Weekly. “The sort that just need to be finished and not sent outside to graze, while younger and longer keep animals were less on the day.”