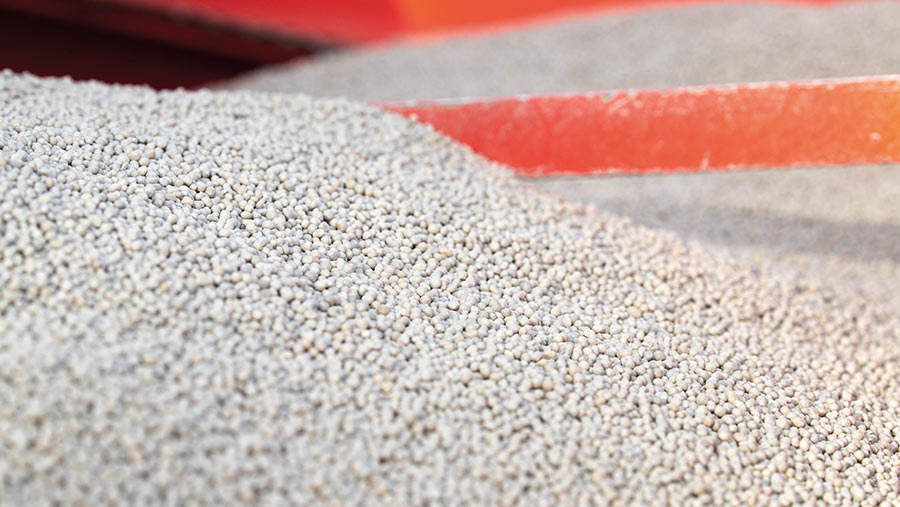 Ammonium nitrate (AN) prices have reached unprecedented levels on extremely short supply. With CF Fertilisers’ Ince plant closed because of high gas prices and its Billingham site manufacturing solely to fulfil existing orders, no new UK-manufactured product is being offered.

The supply trade is unclear when any new tonnage will become available.

There is a very limited quantity of imported AN, priced at anywhere between £600/t and £690/t onto farm as Farmers Weekly went to press on Wednesday 13 October.

Before the recent price spike, AN imports were behind normal season volumes and were less freely available than in many other seasons.

Merchants are finding it difficult to get quotes for urea, a market that has also tightened as China has shut down some capacity in a bid to address climate change.

Gas prices have come back slightly from their recent high, having more than quadrupled compared with year-ago figures.

However, they remain at a level that is keeping some European and other manufacturing sites closed for the time being, in a season of high global demand and limited capacity.

Reduced availability of both AN and urea may see the UK and European markets short of nitrogen this season, said one national trader.

China suspended fertiliser exports earlier this year as prices rose to record levels, while India is buying larger-than-expected tonnages and has traditionally bought a large volume from China.

Following the UK’s exit from the EU, it has no trade agreement in place with Algeria, from which the UK had previously imported urea.  As a result, the UK is largely reliant on Egypt for North African imports.