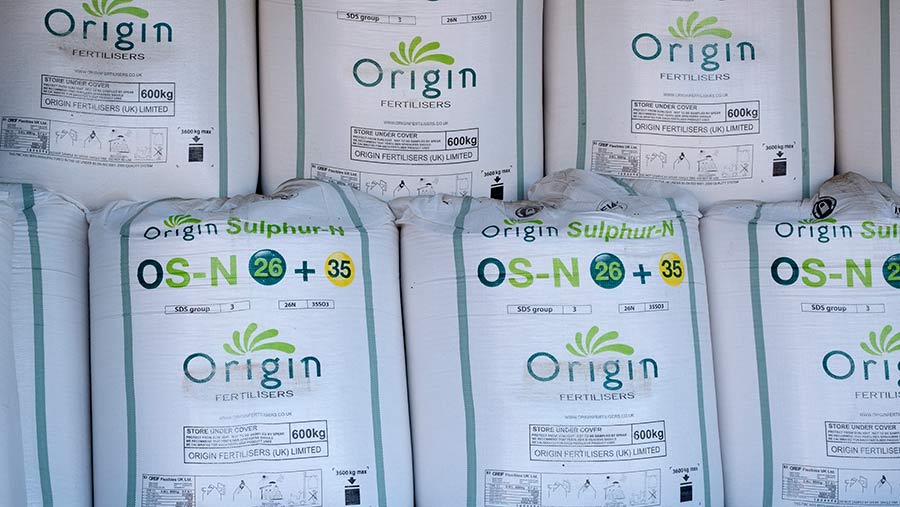 New-season ammonium nitrate (AN) is on offer at £255-£260/t delivered, for full loads with October delivery and on normal payment terms.

This is about £5/t above where the market kicked off with a brief flurry for June, July and August tonnage, which was quickly booked up.

There is limited spot availability of UK product, priced in the region of £255/t.

Early buying has traditionally paid off, but the new-season June/July price was about £20/t higher than a year ago, which in turn was about £40/t above the launch price in 2017.

Imports of AN are now in relatively few hands and material is available at about £10/t lower than the UK product price, although supplies are relatively limited.

Urea for delivery through the summer and as far ahead as November can be booked at about £280/t, with the terms giving the seller the option of when to make delivery.

In a lacklustre market, MOP is stable at about £275/t for July delivery, some £5/t less than it was costing in late spring.

DAP prices have been changeable, but have weakened lately as stocks are plentiful and world demand is weakening, putting July deliveries to farm at £365-£375/t.

Currency will be a big factor in determining UK fertiliser prices, warn traders. With the pound weakening further this week as a no-deal Brexit looms more heavily, this makes imported AN and urea more expensive.

Further weakening could make manufacturer CF Fertilisers UK look to continental Europe for sales at the expense of some UK supplies, say traders.