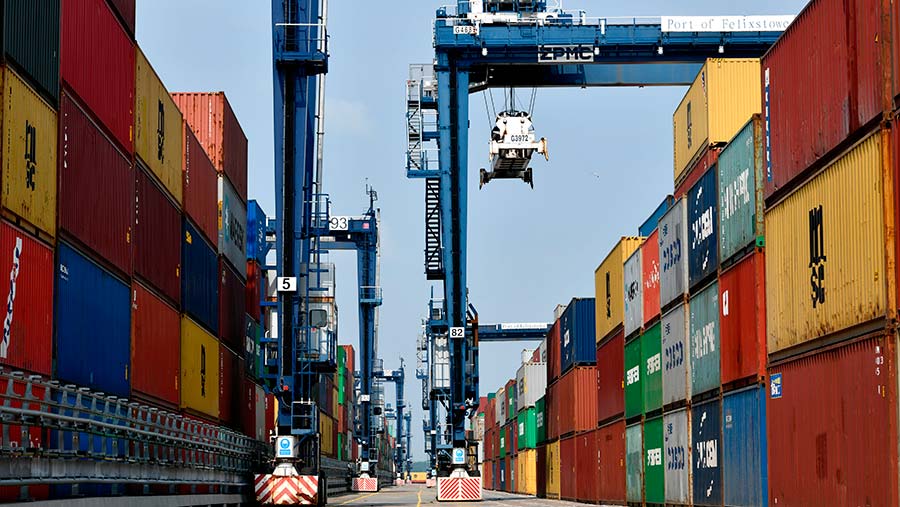 Farmers may face difficulty getting spare parts for machinery and other inputs over the coming months because of coronavirus lockdowns.

About 80% of farm machinery is currently imported in to the UK. The vast majority comes from Europe, with countries such as Italy and France being key players.

Stephen Howarth, economist for the Agricultural Engineers Association, said the global machinery supply chain was still functioning, but things could become more “challenging” as the impact of the virus was increasingly felt.

Mr Howarth said: “At the moment it hasn’t particularly had an impact, but I think most companies are expecting it will do at some point.

“That even applies where machines are being manufactured in the UK, because almost all machines will have some imported components.”

Most machinery companies have been making contingency plans and the minor supply chain disruptions they have felt to date have not affected people at a farm level.

Although Case New Holland announced last week that it was halting operations at four plants in Italy for deep-cleaning and to rearrange the production line to allow more space between workers, three of the four are expected to reopen this week.

“Hopefully the disruptions won’t be too bad, but that depends how long it goes on for,” Mr Howarth said.

“If we are in this situation for a month then that’s probably not going to have too much effect at a farm level, but the longer it goes on the more chance there will be issues, particularly as we get into harvest and hay-making season.”

Mr Howarth said there were likely to be stocks already in the UK, either at dealers or held centrally, for spare parts which were in regular demand.

“The challenge will be the parts that are needed much less frequently as they tend to be ordered direct from the factory as and when they are needed, and there may be logistical challenges in getting them moving.

“All farmers can do is keep on top of maintenance and make sure they are minimising the risks that they will need spare parts.”

He said: “There is a little bit of comfort that in preparing for no-deal Brexit last year we did a lot of contingency planning for supply chain interruption, so in that view there is a degree of preparedness.”

However, the government was expecting that up to 20% of the population will be affected by coronavirus at any one time, so this could lead to a shortage of vehicle drivers.

“So in terms of contingency planning [at a farm level], wherever businesses can they should plan ahead for deliveries, working with supply businesses in a co-ordinated way.

“Don’t panic order, but look ahead and if you’ve already got product on order it might be sensible to have it on farm.”

Mr Sheasby said suppliers were committed to making sure “the right product is in the right place at the right time”.

As part of this, the AIC had already flagged to government that it might need to look at flexibility around drivers’ hours and the Working Time Directive.

Looking further ahead, it might also be necessary to relax labelling rules so that if the supply of certain products were  interrupted, animal feed could be manufactured using different ingredients.

Stephen Dawson, secretary general of AMTRA, said: “Stocking up with prescription-only medicines such as wormers and flukicides is not appropriate, whether due to coronavirus or any other reasons.

“These medicines should be prescribed when they are needed by a Registered Animal Medicines Advisor, also known as an SQP, or by a vet, based on the needs and circumstances at the time.”

A statement from the National Office of Animal Health, which represents manufacturers of animal medicines, said it was encouraging vets and other prescribers to continue with normal ordering patterns to maintain “appropriate and proportionate” stocks of veterinary medicines

“If this is undertaken, there should be no need for additional stocks.”

But it added: “We would also advise animal owners to heed the advice of the veterinary profession: to discuss the timing of any vaccinations with their vet and urge those whose animals are undergoing long-term treatment to seek repeat prescriptions in good time from their veterinary practice.”