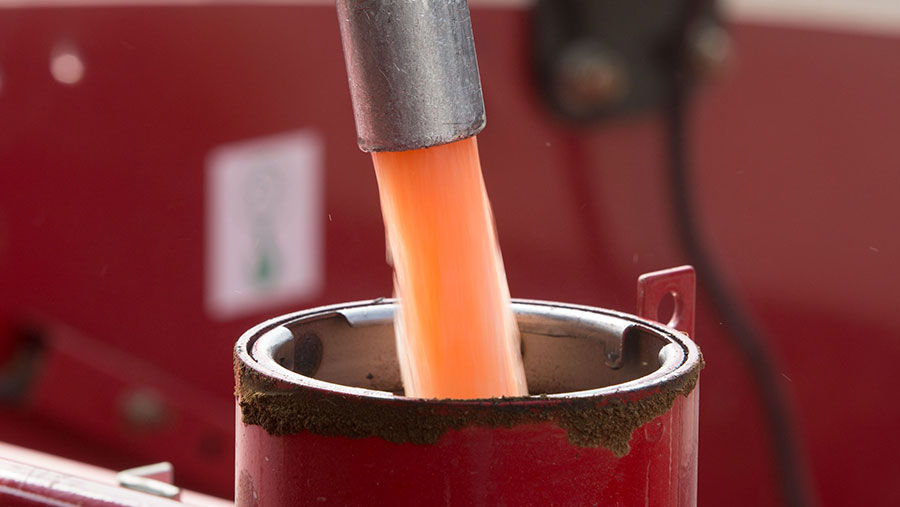 Agricultural input costs rose by almost 5% in the year to September, with fuel prices increasing the most, according to the AF Group.

Rising brent crude oil prices and the devaluation of sterling against the US dollar in the first half of the year were the reasons for this.

All product areas recorded in the index rose in price, with fertiliser up 8.7%, seed up 7.3% and contract and hire costs rising by 8.5%.

Crop protection products cost 0.9% more than in the previous year, despite falling by 0.28% between October 2016 and February 2017.

“The seed rises are down to the increase in grain prices, while the strength of the euro and the US dollar means I can’t see fertiliser prices reducing in the short term,” said AF fertiliser and seed business manager Chris Haydock.

“Importers of ammonium nitrate have struggled and further increases are expected. Granular urea has risen, while potash and phosphate prices have risen circa £15/t over the season so far.”

With the retail price index at 2.2% over the same period, agricultural production costs have risen far more than the costs faced by consumers.

Price information for the AF index is drawn from the £230m-plus of agricultural inputs the group’s members buy each year.

The Suffolk-based AF Group is one of the UK’s largest member-owned agricultural buying groups.