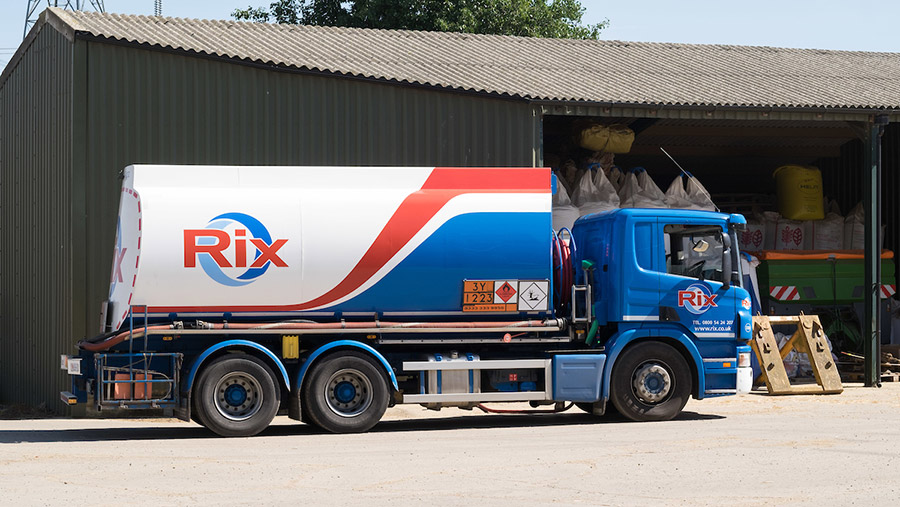 A combination of the coronavirus crisis and the oil price war between Russia and Saudi Arabia have seen values at 20-year lows this week.

As coronavirus saw demand for fuel fall away, the Organization of the Petroleum Exporting Countries (Opec) proposed a limit on production to shore up prices.

But Russia has refused to sign up to any deal, setting it at loggerheads with Saudi Arabia and causing crude oil prices to tumble to $20/barrel (30 March).

The price had risen to $25/barrel by 3 April after US president Donald Trump intervened, injecting some confidence in the market.

But prices were still well short of historical norms and farmers in the UK should capitalise on the situation, according to fuel suppliers.

Duncan Lambert, who has been general manager at suppliers JR Rix and Sons for the past 33 years, said he had never seen such a confused market situation.

“In one day’s trading, the price has risen by almost 2p/litre and then ended in a negative value by close of play,” Mr Lambert said.

That chimed with Farmers Weekly’s price gathering information, which saw prices range from 40.74p/litre to 44.9p/litre across the UK to average 42.84p/litre on 1 April.

“We have sold forward 10m litres in the past few weeks,” Mr Lambert said.

A number of his customers at farms and bigger estates have already committed to contracts for harvest 2021.

In some situations, buyers have secured 50% of what they needed and then left the other half to spot prices.

“My advice is to fill tanks and then keep levels topped up as it is used,” Mr Lambert said.

That goes not just for fuel but for other oil-based products such as grease and AdBlue, the emissions limiting additive.

Without AdBlue, diesels won’t run so it is worth ensuring you have sufficient stocks, he said.

“The domestic fuel oil market is as busy as I have ever seen it, as people are working from home and using it at a faster rate,” Mr Lambert said.

“We are seeing delivery levels at a similar rate to a busy winter period and have been working all hours,” he added.

On domestic kerosene, he said the fluctuating price made it difficult to peg at a certain level but he reckoned pence per litre prices were in the low 30s.

A statement from the company said: “With prices at these low levels, forward-fixing for harvest this year and next is well worth a conversation.

“Please check your tanks and make orders, allowing up to 10 working days for delivery.”