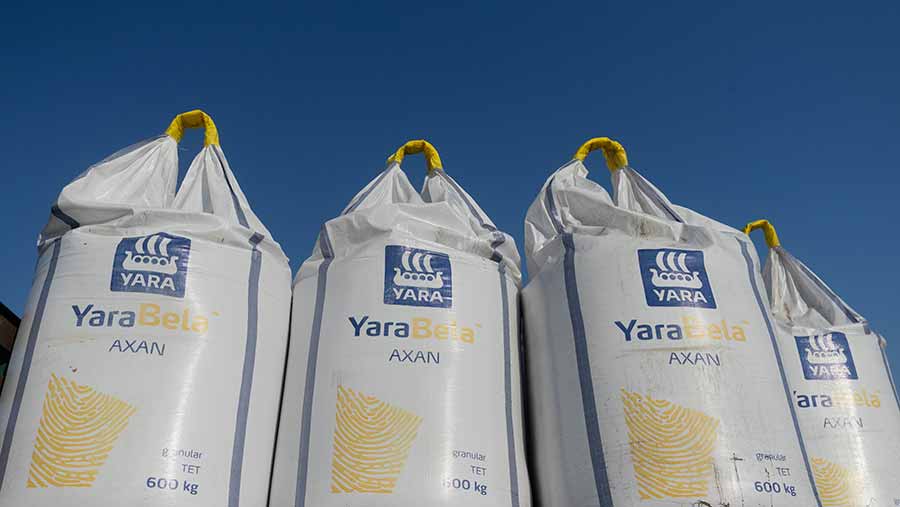 Farmers are reporting increasing levels of stress and anxiety, as the cost and availability of key inputs have reached crisis point in the wake of the war in Ukraine.

Reports continue to flood in of farmers struggling to get hold of key raw materials, with red diesel still well into three figures and ammonium nitrate quoted at £950-£1,000/t.

And this week, animal feed manufacturer NWF Agriculture wrote to its customers advising them of an immediate £30/t price increase across all products as a direct consequence of the war in Ukraine.

“This is something farmers are unfortunately going to have to get used to, because it’s probably going to be around for months,” he suggested.

Stephen Dennis, south-west lead for the Farming Community Network, said his organisation was gearing up for an anticipated upturn in calls for help from farmers as the increased challenges they now face – especially in the livestock sector – took their toll.

“This is a really busy time of year anyway, with lambing, calving, field work etc and people are tired,” he said.

“There is so much in the news that seems to be negative, then ringing up to find there is no fuel or fertiliser available, or it is too expensive, it puts a massive strain on people.”

Who to call for help

“A lot of tenant farmers are having to settle rents at this time of year, while others have had to approach their banks to extend their overdrafts to buy inputs. Feed had already gone up £60-£70/t in the past year, and now we’re seeing another sharp increase.

“Many will have to make some big decisions soon – find the cash, get rid of some cows, or maybe leave the sector altogether.

“Combined with the labour shortage and the fact many are having to work even longer hours, the mental health impact is a real concern.”

One dairy farmer who has already been forced to change tack is Ed Hemmings, who milks about 200 cows on a year-round calving basis at Hockley Heath in the West Midlands.

He recently sold 26 cull cows – double the number he usually would – taking advantage of firmer prices to generate some cash flow and reduce demand for feed.

“Cash is king at the moment,” he told Farmers Weekly. “Unless you can pay up front, no one will sell you anything. What we really need is a meaningful increase in the price of milk by supermarkets, with at least 10p/litre passed back down the supply chain.”

West Yorkshire grower Andrew Nicholls said he had bought most of his ammonium nitrate last summer at £260/t.

As a result, Mr Nicholls has had to offer about 15ha of his 120ha of tenanted land to a potato contractor. He also plans to use less fertiliser and just target the wheat and oilseed rape.

“I know a few farmers around here who have got bare ground and have not bought any fertiliser and are just not going to drill,” he said.

“People are fearful that, if prices don’t hold up at harvest, they’ll be making a loss. It is definitely starting to affect their mental health.”

Mr Brown grows about 1,000 tonnes of wheat each year and he estimates that the rise in fertiliser prices will increase his production costs by about £100,000.

“Next year, am I just going to put half the amount of fertiliser on and take the hit on yield? I will have to crunch the figures, but it is a very big worry,” he said.