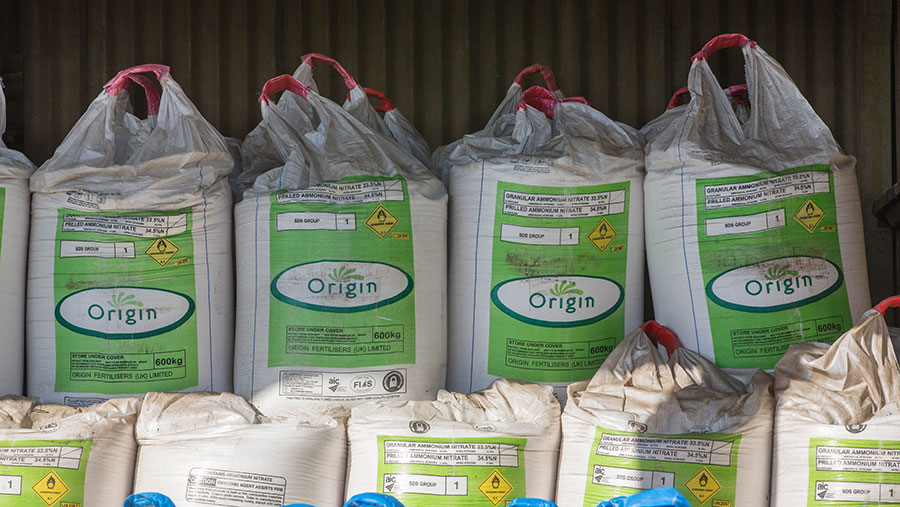 Nitrogen prices are continuing to climb due to tight supply, rising gas prices and some panic-buying, say traders.

Urea is available in small amounts, but the price has increased by £100/t in 10 days, to £540-£560/t for October/November delivery on farm, depending on location and proximity to ports.

Imported ammonium nitrate supply is extremely limited as more plants in Europe continue to either close or curtail ammonia production. Values are at £465-£490/t for October/November on farm where tonnage is available.

On domestic manufactured supply, production has recommenced at CF Fertilisers’ Billingham plant and orders placed prior to its closure are being delivered, but further updates are yet to be confirmed.

The closure, due to record gas costs, sent shockwaves through the food supply chain, which is dependent on the carbon dioxide by-product for many uses.

The government’s three-week intervention is about halfway through and there are some concerns that the same problems will exist once this period ends.

Traders are experiencing restricted tonnages from other suppliers in order to not oversell, with demand increasing after CF’s withdrawal from the market.

Meanwhile, the market is awaiting further updates from importers on forward availability, with a fertiliser conference being held in Lisbon this week of September.

The implications of the substantial hike in fertiliser prices are likely to last well into next season, but actions can be taken on farm to minimise the effect on a business, said consultant Promar International.

Emma Thompson, information and insights manager, said: “[Defra secretary] George Eustice suggests carbon dioxide prices need to rise by 500%, so a question mark remains about CF remaining open. Even if they do, fertiliser prices are unlikely to fall back.”

Some farmers had postponed ordering fertiliser due to higher prices in the summer, meaning only about 50% of orders have been placed for 2022 crops compared with normal levels, she said.

For the average business, the spend on fertiliser could be more than double last year’s at the same usage rates.

Ms Thompson advised farmers to get soil analysed and recalculate fertiliser requirements based on soil indices, as well as taking a phosphorus and potassium  holiday on some fields, particularly those that have previously had high applications of slurry or muck.

Ensure fertiliser spreaders are calibrated so this expensive input is placed exactly where it needs to be, and consider reducing applications on older, less-productive areas, she said.

“When spreading slurry in the spring, use a trailing shoe or shallow injection to increase nutrient retention and plough any manures in as quickly as possible.

“Consider planting green crops into maize and cereal stubbles. They will reduce nutrient leaching and increase retention, with the nutrients available when the crop is ploughed in. This approach will also help improve soil structure.”