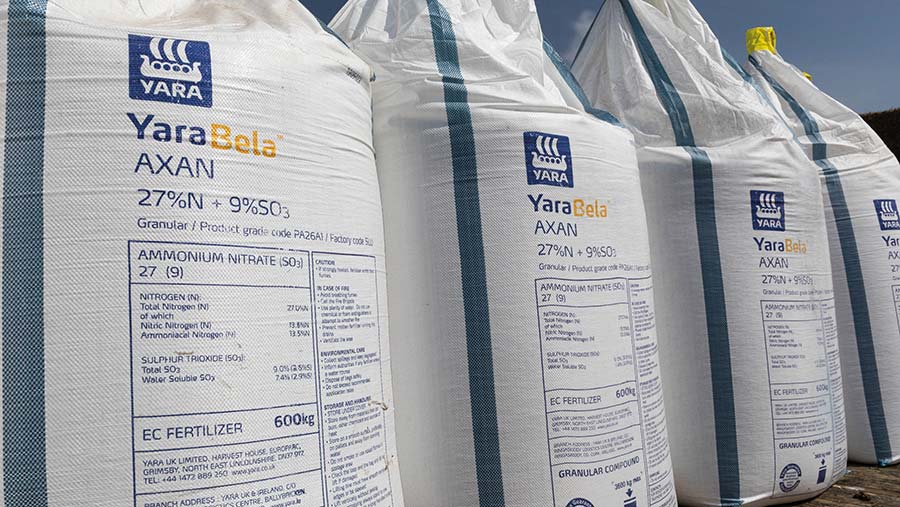 Fertiliser prices look set to stay high and availability limited, with some plants in several countries still closed because of high gas prices.

The trade is uncertain about the tonnage of UK-manufactured ammonium nitrate (AN) that may be available for the coming spring.

Midweek, merchants were still waiting for new prices from manufacturer CF Fertilisers. A deal was brokered in October last year with UK government help to set a price for carbon dioxide produced by the firm, which enabled it to continue production despite high gas prices.

Meanwhile, imported AN for January delivery is priced at anywhere between £640/t and £680/t for full loads. Urea has a similarly large price range, at £760/t to £795/t, with at least one cargo due in this month.

Across all products, traders estimate that between 30% and 40% of the volume of farmer orders for spring are yet to be placed. However, these estimates should be treated with caution, they say, as gauging the size of the market at current prices is very difficult.