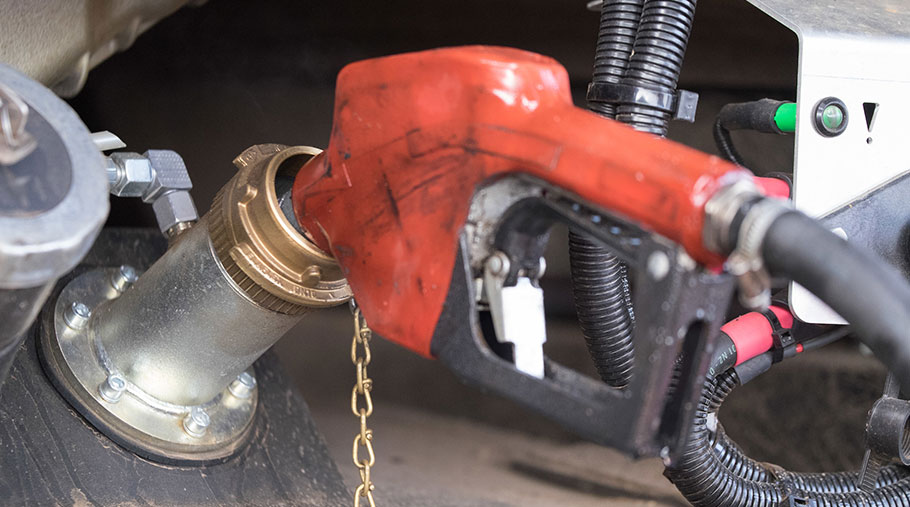 The ongoing tension between the US and Iran has had little effect on red diesel prices despite the initial shockwave prompting a short-term spike.

The cost of red diesel shot up by 2p/litre on Monday (6 January) after the news of Iran military leader Qasem Soleimani’s death broke.

Experts have said this sort of reaction is to be expected in such a volatile market.

Over the course of two days of trading to midweek, the price has fallen, moving towards the figure recorded at the start of the week, and could end the week even cheaper than that.

The Farmers Weekly diesel price tracker has recorded a range of 57.75p/litre to 61.16p/litre on Wednesday (8 January) based on quotes from companies in England and Scotland for a 5,000-litre delivery the following Monday/Tuesday, within 20 miles of depot.

“On Monday morning, the market instantly reacted to the killing and increased by nearly 2p/litre, but by the end of Monday, it was only up by 0.97p/litre.

About 50% of the world’s fuel travels down the Strait of Hormuz, located between Oman and Iran, so if tensions continue in the area and supplies are restricted, it is likely red diesel prices will rise, he explained.

The Scottish co-operative Borders Machinery Ring has said one company in its area recorded a price of 62.39p/litre on Monday, up from 61.04p/litre in the previous week, and is currently at 61.76p/litre.

A member of the fuel team said: “The companies we have spoken to say Donald Trump’s actions have put the price up and everything’s uncertain at the moment and dependent on what happens next.

“It’s a shame because prices have been fairly steady until now.”

With 60-70% of farmers still to drill, a large increase in fuel usage is definitely going to come in the spring and with it an increase in price, Mr Lambert said.

Predicting the effect of Brexit is harder as it remains such an unknown and has the potential to push prices up or down.

Some of Mr Lambert’s customers have already started forward purchasing their fuel.

“They tend to do it each year and like to be in that position where they can fix their input costs and know they have the financial margin under control,” he said.

“It’s going to be a difficult year so I think we will see more forward purchasing.”