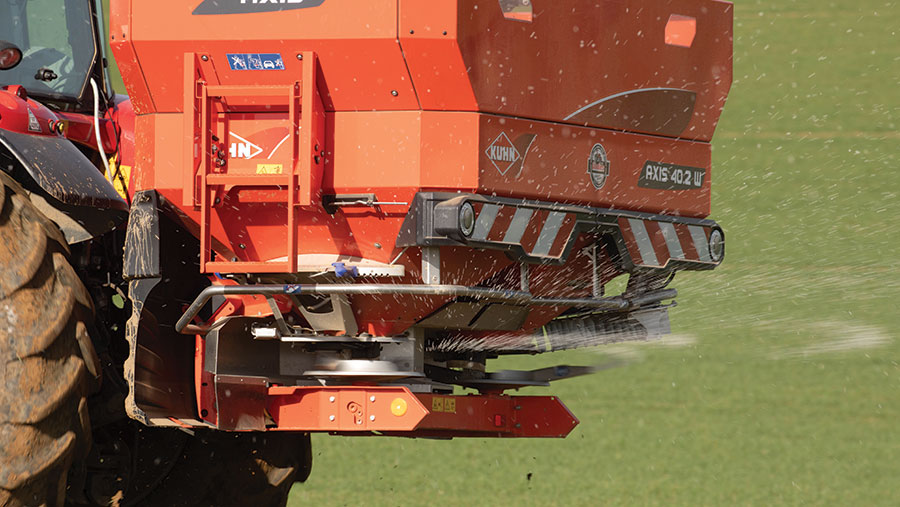 Good availability and the wet autumn and winter have pushed some fertiliser prices as low as they have been for years.

P & K straights have been particularly affected by lower worldwide demand and competition between global suppliers.

Importers and blenders are sitting on stocks that cost more to buy than their replacement value, with many having stocked up in advance of the 31 October Brexit deadline.

In some cases, they are now desperate for cashflow, so there could be some very keen pricing once the ground dries up.

See also: How to succeed with £35m diversification grant scheme

Blenders withdrew terms last week, so business is being done on individual quotes for the time being, said merchants. However, one gave a guide price of about £240/t for 0:24:24 delivered in January – down by about £18/t on a month ago.

On nitrogen, there is plenty of product in stock, with granular urea at £240-£245/t delivered in January.

This is cheap compared with where it has been historically, and low enough to convince some who have not previously used urea to give it a try, said merchants.

CF Fertilisers UK is expected to bring out new terms late this week or early next week, and merchants are expecting a significant drop from the pre-Christmas on-farm price of about £250/t.

To be competitive with imported AN, it will have to be priced to go to farm at £230-£233/t, as most growers will not pay more than £5-£8/t extra for UK product than for imported AN.

Overall, fertiliser volumes for 2020 cropping in the UK are expected to be down by about 10% on the previous season, said one national trader.

However, the bad weather means there will be a bigger spring market this year than usual, even if some land is not cropped.

Farmers will have to weigh price and delivery risks this spring, alongside whether they will even be able to use fertiliser at all on some ground, making decisions even trickier than usual.

Importers face a similar problem in terms of restocking once they start to shift some of the product they are holding.

Drilling is going ahead in some areas and traders say there have been a few inquiries this week but very little business done.