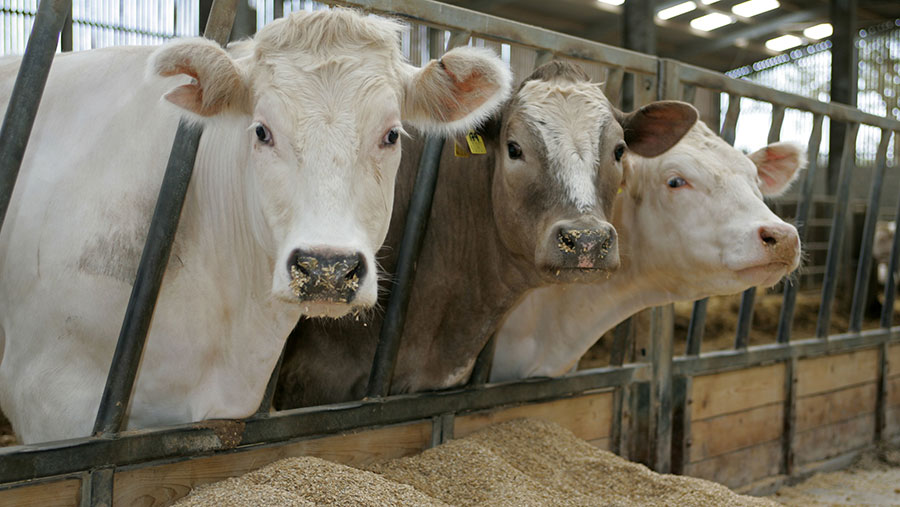 Compound animal feed production has hit record levels with more than 1.1m tonnes produced in October, according to AHDB figures.

The figure for the month, at 1.13m tonnes includes production by integrated poultry units and is up by 2% compared with October 2017.

Cereal use for animal feed (July–October 2018)

The extra feed takes the season total (July-October) to 4.6m tonnes, a rise of 4% on 2017 and the highest amount produced during the period since records began in 1995-96.

“It’s no surprise ruminant feed output has been on the rise, after the hot and dry weather during the summer months adversely affected forage production and pasture conditions,” Ms Clarke said.

Looking ahead to the rest of the season, the latest cereal supply and demand estimates show the rise in animal feed production will slow.

“This is partly due to easing concerns around winter forage availability,” said Ms Clarke.

But she added this was dependent on conditions over the winter and spring.

More detailed statistics show the biggest proportional increase in use was in the sheep sector with hikes of about 31% between July and the end of October.

The lack of grass meant more producers were forced to feed breeding sheep and a total of 17,600t was used – almost two-thirds (64.5%) more than during the same period of the previous year.