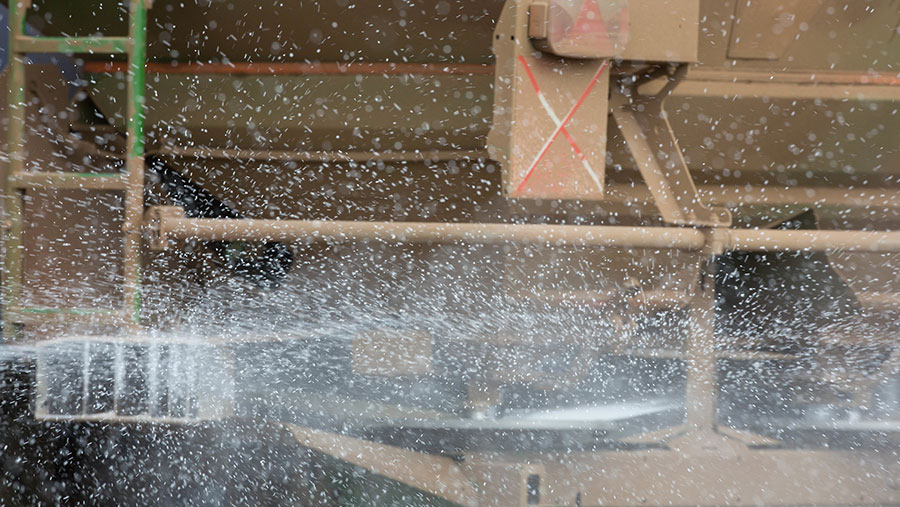 Fuel and fertiliser costs are among only a handful of inputs that have seen significant price rises in the past 12 months, bringing some relief to farmers who have suffered crippling falls in the value of crops and cattle.

Agricultural input prices have increased by just 0.57%, according to the annual AgInflation Index figures produced by Norfolk-based buying group AF for 12 months up to September 2019.

Fertiliser costs rose by 7.2% during the year and machinery running costs, including depreciation, also increased, with a 7.8% hike recorded as companies passed on increased energy prices.

However, there was some relief for the arable sector, with seed prices falling by 22.7%, dragging down the average inflation figure.

The drop was a return to more normal seed prices following a spike in production costs during 2018 caused by extreme weather.

AF Group chief executive Jon Duffy said the relative stability in input prices was welcome after the three previous reports all recorded an inflation increase of more than 4.5%.

“After the volatility and unavailability experienced in 2018, these figures are a welcome breath of fresh air,” said Mr Duffy.

“It’s important to remember that while many inputs have eased from recent highs, figures are still significantly higher than they were just a few years ago,” he added.

Compared with a base year in 2006, AF Group data showed some inputs had doubled in costs such as fuel, fertiliser and animal feed and medicine.

The group also calculated how inflation had affected each farming sector.

From the data, the dairy and sugar beet sectors fared worst, with cost increases of 1.77% and 1.73%, respectively.

Cereal and oilseed rape growers saw the lowest overall inflation figures at 0.62%, benefiting from the drop in seed prices.