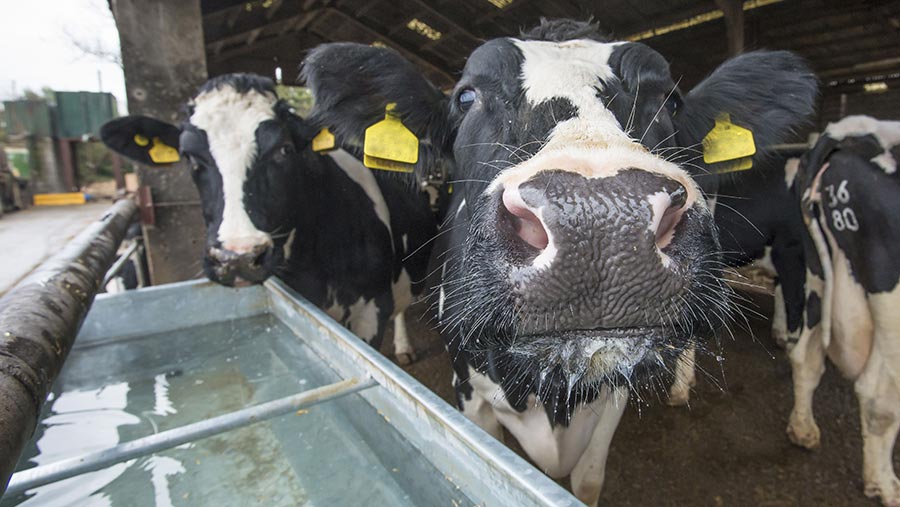 It has been more than two years since the water market was deregulated in England, allowing businesses to pick their own water and sewerage supplier.

This followed the lead set by Scotland, which opened up its water market in 2008, leading to estimated savings of up to 20% for some customers.

In England and Scotland, the opportunity to switch supplier, known as a water retailer, is open to farmers as it applies to all non-household customers, such as businesses, charities and the public sector.

Water deregulation does not apply in Northern Ireland, while in Wales it is limited to businesses using more than 50 million litres of water a year, which effectively excludes farmers.

What did deregulation mean?

Until deregulation farmers were stuck with buying their water service from their single regional supplier.

Now the market works like other open utilities markets such as telecoms, electricity and gas, with customers picking a retail supplier based on price and the service they offer.

What are the benefits of this?

The aim of opening up the water market was to allow customers to reduce their water bills by negotiating a lower price with their chosen retailer, and find a service more tailored to their needs.

According to Ofwat, competition for customers’ business should encourage retailers to anticipate customer needs and innovate in meeting them – for example, offering leak detection, improved billing, more streamlined administration, and water efficiency advice.

As a result, customers should be able to save money, water and time. Customers with similar needs can also join together to increase bargaining power and negotiate better deals.

Have many farmers have moved supplier since 2017?

No figures are available, but anecdotally is not thought that huge numbers of farmers have switched voluntarily.

A number were switched automatically at the point of deregulation, as their existing supplier chose not to continue to supply business customers.

According to Paul Hammett, NFU water specialist, this switching process did lead to significant numbers of complaints from farmers who experienced billing problems as a result.

A common problem was a failure to include the correct discounts on their water bill where a large proportion of the water does not return to the sewer.

The water companies should apply a non-return to sewer allowance (NRTS) but many farmers found the discount had not been applied correctly and they were being overcharged.

Most of these problems have now been ironed out, but the NFU says there is a small, but significant, number of farmers for whom this problem is ongoing.

According to Mr Hammett, one of the barriers to switching has been a lack of impartial advice for farmers about who to switch to, and the fact that contacting retailers individually takes time and effort.

There may also be a lack of impetus, as compared with many other other farm input costs water bills can be relatively modest.

What sort of savings are available?

The savings on offer to farmers in England at the moment are not thought to be huge.

It tends to be retail businesses operating across tens, or even hundreds, of locations that are able to make the biggest savings because they can consolidate their portfolio into one place and save on their billing charges.

An Ofwat report, published in July 2018 and looking at how the first year of deregulation in England had gone, reported that customers who switched had benefited from an average cost saving of 3%, relative to the “default tariffs” offered by suppliers.

This is in line with the first few years of deregulation in Scotland, where savings initially were relatively small, but as the market matured savings of 15-20% became achievable.

Graham Mann, director of H2O Building Services, which specialises in reducing water costs, estimates that a business in England currently paying a water bill of £5,000/year might be able to secure savings of £300-£400/year.

So how do you find a new water retailer?

There are more than 20 water and waste water retailers licensed to deal with eligible business in England. All their contact details can be found on the Open Water website.

However, H2O Building Services is launching a website called switchwatersupplier.com early in 2020, which should make the process of switching easier for business customers.

The site will allow businesses to put forward details of their current water requirements, and then all 24 water retailers operating in the market will have the option to tender for the business.

What else should farmers know?

Experts in this field all advise that when considering switching farmers should be looking for the added-value services that suppliers may be able to offers, such as leak detection or water efficiency advice.

Some businesses may be paying higher water bills than needed because they are unaware of a water leak and simply accept and pay the invoices they are given.