As the population rises and farming profits declines, selling farmland is becoming ever more appealing. 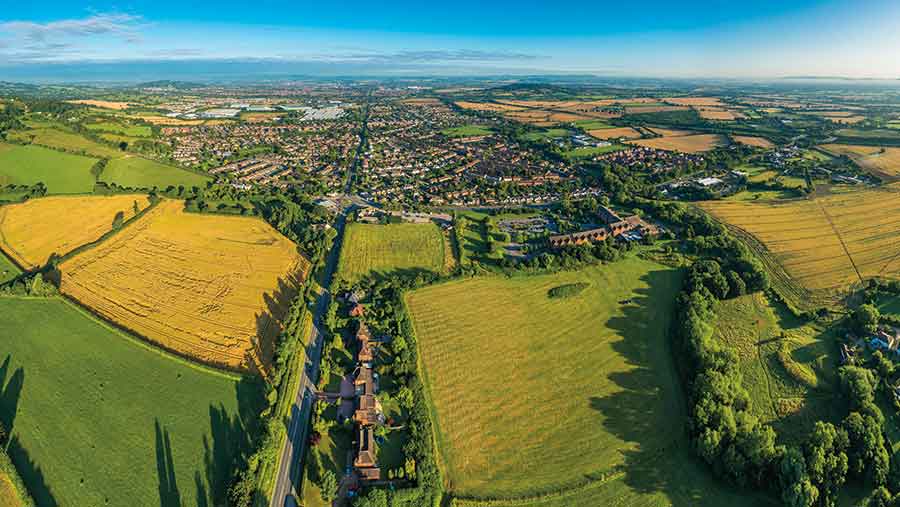 If you have been approached by a land promoter, housebuilder or other such company, they are likely to have extolled the virtues of one particular method of selling and developing your land.

Here are four routes to consider:

The developer (such as a housebuilder) takes on the risk of spending their money trying to obtain planning permission on a piece of land.

They cover the cost of surveys, consultants and architects and will also pay the landowner’s agent and solicitor fees for entering into the agreement. They also pay an upfront sum called an option premium as a “thank you”.

In return, the landowner grants the developer the option of buying the land at a discounted price (typically 80-95% of the market value) if they obtain the planning permission. The developer also often negotiates to get their costs of planning back from the landowner, up to an agreed cap.

The main benefit for the landowner is that it is a no-cost and therefore no-risk method.

The downside, however, is that by partnering with a single developer the land is not exposed to the open market when it is sold.

Instead, the developer and landowner’s agent must value the land when it has got planning consent and negotiate a price between them.

Naturally, the developer will want to buy it for the cheapest price possible. On top of this [RB12], the landowner does not receive the full value of the land and must accept a discount.

There are, however, safeguards which the landowner’s agent should ensure are in place within the contract, like setting a minimum price per acre that the developer must pay if they want to exercise their option.

This is similar to an option agreement in that the landowner opts to contract with a single developer.

However, under a conditional contract the developer is obliged to buy the land, subject to satisfying the conditions of the contract.

While it is unlikely that a developer would go to the expense of obtaining planning permission and not buying the land, a conditional contract does provide some additional certainty that the land will be bought.

Conditional contracts are often entered into at a fixed price so that the developer is not caught out if the land market rises too sharply.

This gives a landowner certainty that if planning permission is granted the land will be bought for a specified price, eradicating valuation disputes and allowing them to plan for the future.

It also protects the landowner from a fall in land prices, but also means they may lose out if land prices rise.

A promoter is someone who risks spending their money on behalf of a landowner to obtain planning permission for development and then, together with the landowner’s agent, sells the land to a builder rather than developing it themselves.

Their reward is a percentage of the market value that the land achieves when it is sold – and they usually get their planning costs back, too.

Like an option agreement, there is normally a safety net of a minimum price which the land must achieve.

However, unlike an option, once the promoter obtains consent the land is put on to the open market and developers are given the opportunity to bid on it.

This approach enables the land’s true market value to be found and, because the promoter’s reward is a percentage of the sale price, they are motivated to get the best possible planning permission and sale price.

The downside is that promoters usually seek between 15-20% of the sale proceeds as their reward.

4. Get planning permission yourself

A landowner can employ a team of planning consultants and advisers to promote the land for inclusion in the council’s Local Development Plan and to obtain planning permission – before then selling the land on the open market.

This option delivers the greatest financial reward as the landowner is not obliged to give any percentage of the eventual value to a developer or promoter.

However, it comes with the greatest risk as the planning process can run from tens of thousands to hundreds of thousands of pounds (depending on the size and complexity of the planning application) with no guarantee of consent at the end.

There is no one-size-fits-all approach and each method has different risks and rewards.

The location, accessibility and size of the site are important factors, as is the national and local planning climate. Ultimately though, the approach will depend on your financial aspirations, desired timescale and attitude to risk.