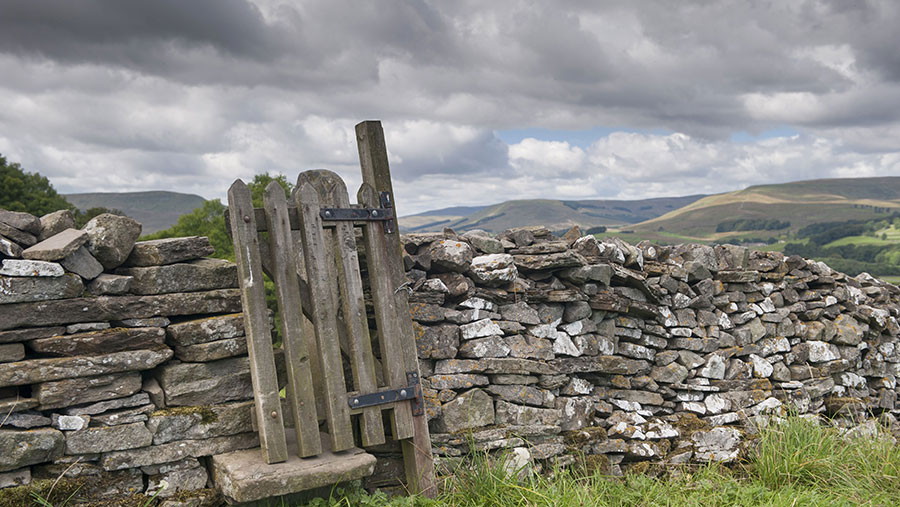 Four in every 10 acres of farmland marketed in 2016 remained unsold or were withdrawn by the end of last year, according to data from Strutt & Parker.

This was the highest proportion of unsold or withdrawn land since the agent’s records began in 1996 and was despite a 15% year-on-year fall in the number of acres on the market.

This left 37% available and not under offer by 19 December.

Every region, apart from the South West and Yorkshire and the Humber, saw a fall in acres for sale, with only 2,200 acres marketed in the North West.

However, it was now not a lack of farms driving the market, but a lack of demand, said Jason Beedell, partner and research lead at Strutt & Parker.

See also: 2017 checklist: How to prepare and manage your farm business

As land prices fell, sellers found it difficult to set a guide price appealing to buyers, he said, and farms or land seen as too expensive failed to sell.

“Getting that guide price right in a falling market is critical,” said Mr McAndrew.

What’s behind the numbers?

With confidence returning somewhat towards the end of 2016, a larger number of farms were marketed.

But selling a farm typically took six to nine months, said Dr Beedell, so this could help to explain the large proportion of unsold acres at the end of the year.

Buyers may also have regained confidence towards the winter, as 37% of acres were under offer, compared with 13% at the same time in 2015.

However, some farmland, which is still for sale, has been on the market since at least April last year, according to the agent’s database.

The agent’s database is populated by Strutt & Parker’s agents and includes land the company is selling, plus other land publicly marketed in the country and farming press and any private sales the agents know of.

For the purpose of the database, a farm is any block of farmland of at least 100 acres.