The sale of a Norfolk farming business is bringing to the market one of the largest pig units to be sold in East Anglia for many years.

Woodlark, which the agent says has been successfully restructured, is selling three sites with capacity for 2,400 breeding sows and 27,500 fattening pigs.

Each of the pig units is let on short-term farm business tenancies. Other assets include arable land, commercial buildings, a bungalow and a telecom mast.

There is a further 286 acres of arable land and a diverse income stream established through rental income, an anaerobic digestion feedstock contract and commercial buildings.

Situated around the villages of Methwold, Feltwell and Northwold, there is just three miles between the farms – Airfield, Glebe and Meadow. 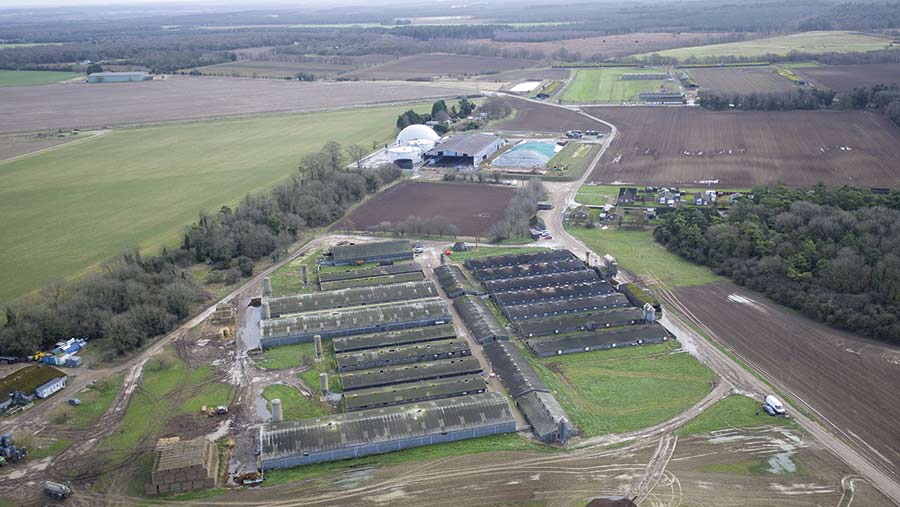 The largest site is Airfield which has ageing but functional buildings for 1,300 sows and 20,000 pigs.

The balance of the sows are at Glebe, which is sheltered by 40 acres of mature woodland. Meadow hosts good buildings which hold 7,500 fattening pigs.

Soil types vary from Grade 2 to Grade 5 across Woodlark’s acreage.

Annual income generated from renting the pig units, plus commercial property, totals £470,000. The agreement to supply maize silage and pig slurry runs until 2025 and is forecast to generate revenue of about £600,000/year.

The sale is being handled by Bidwells and PricewaterhouseCoopers (PwC).

Ben Taylor, a partner at Bidwells, said: “The nature of the business and the assets within it are on a scale that will appeal to existing producers as well as investors.”

James Brooke, the firm’s head of farm agency, added: “Nationally, there have been one or two large-scale pig units sold, but it’s hard to remember one like this which has the assets and diversified income streams attached to it.”

Nicholas Stern, corporate finance adviser at PwC, said: “The sale provides an opportunity to invest in an important sector of UK agriculture at a sizeable scale, producing attractive yields when compared with other agricultural assets.”

Offers in the region of £5.85m are being invited.