Bare agricultural land or smaller blocks of pasture that offer flexibility are selling well in Scotland in the first half of 2019, while hill land with forestry planting potential underpins the market.

There are many people openly seeking farms, whether for relocating and starting a new venture, diversification opportunities or expanding an existing business.

A mix of arable, livestock and dairy units has been launched across the country since January, with new properties sparking interest and some farms finding a buyer within six weeks, says Duncan Barrie, partner at Galbraith.

The majority of the vendors are retiring or selling off surplus land to reinvest in other areas of their business, or clear an element of existing debt, he says.

“Within the most sought-after areas, such as the east coast, we are generally finding competitive bids at closing date in line with values obtained in 2018,” Mr Barrie says.

“Smaller areas of pasture within central Scotland are attracting amenity interest, and in some parts a premium is being offered in order to secure an area adjacent to existing holdings.”

“We may see a tightening of land being launched in the autumn as we get closer to the Brexit deadline, which will keep prices firm for what is available into the latter end of the year and into early 2020,” Mr Barrie says.

Bell Ingram has seen significantly more sales in the first half of this year compared with the first half of 2018, with more farms coming to market (including an increase in upland farms and stock units) and keen interest from buyers.

Even the uncertainty of Brexit has not caused hesitation, with people realising that business must continue regardless, says Stewart Hamilton, an associate at the firm.

“We have farms for sale in the high-value areas of Angus and right up to the Scottish Highlands, with prospective buyers taking interest from all over the UK, Ireland and Europe,” says Mr Hamilton.

“People in the industry seem happy to pay premiums for top-quality land, especially when competition between neighbouring farmers is a factor.”

Mr Hamilton has seen a particular increase in demand for units of 500-plus acres and says premium arable land continues to command record prices amid high demand.

Decent holdings with good-quality land and fixed equipment has sold well so far this year, especially in areas with a lower turnover of farms, says George Hipwell, director at Davidson & Robertson.

Land capable of being planted for forestry also has a strong market due to political and economic drivers.

“Lifestyle properties in the central belt of Scotland or within commuting distance of centres of population are also popular,” says Mr Hipwell.

Other factors influencing land sales are: the low cost of finance; tax incentives of land ownership as part of active farming; the value for money offered in Scotland compared with the rest of the UK; and strong farmgate prices providing some short-term income comfort, he says.

The firm is set to launch farm units, bare land, blocks with potential planting and lifestyle properties in the near future. 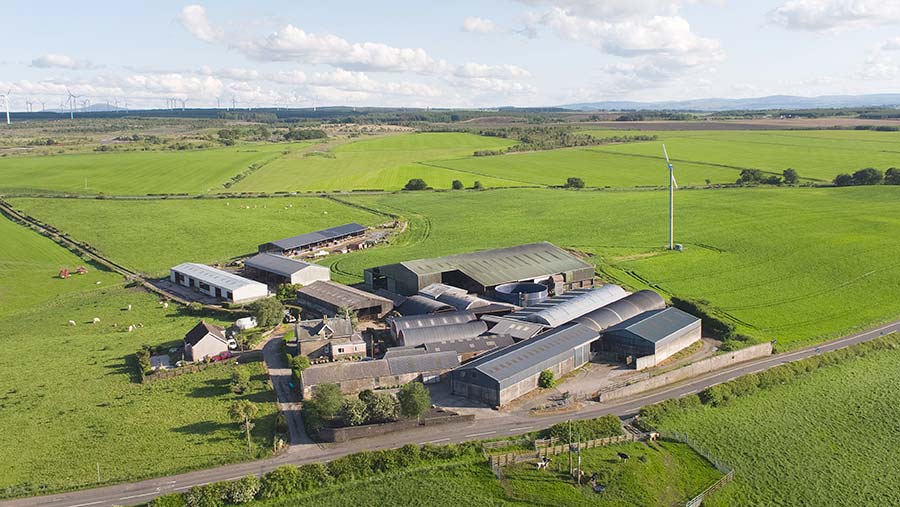 East Tarbrax Farm, near Shotts in North Lanarkshire, is on the market with Galbraith.

The dairy unit includes housing for up to 430 cows, about 523 acres of pasture and silage ground, two residences, and a range of farm buildings.

It also has three robotic milkers, an 80kw turbine and a telecom mast. 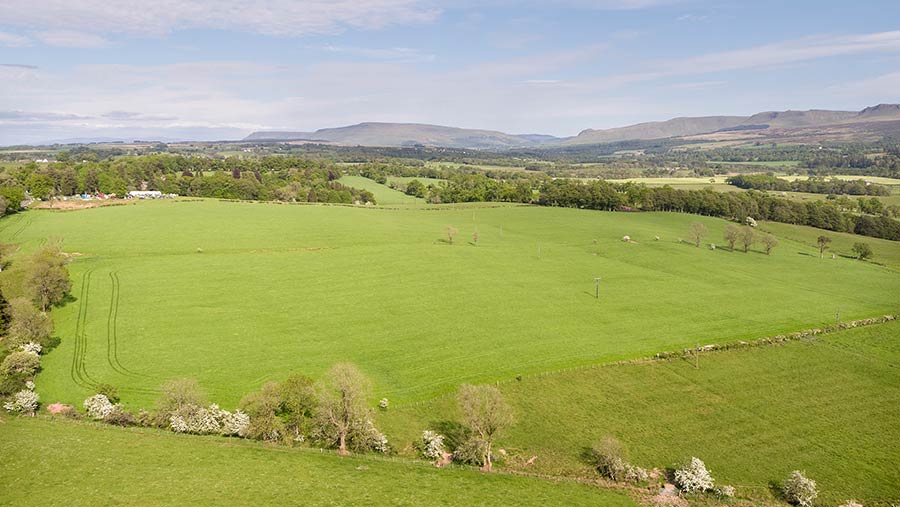 The livestock unit includes a mix of pasture and silage ground, a farmhouse, and a range of modern and traditional farm buildings. 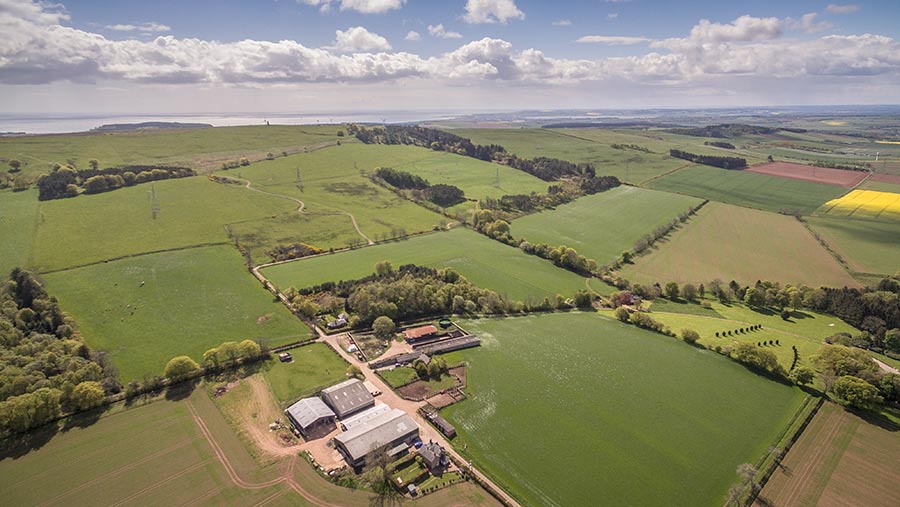 In Kincardineshire, Bell Ingram is selling Johnston Mains Farm as a whole for offers over £2.595m or in two lots.

Lot 1 includes about 231 acres of arable land, a four-bedroom house, a grain dryer, and a range of farm buildings.

Lot 2 has about 309 acres of predominantly class 3:2 grazing land. 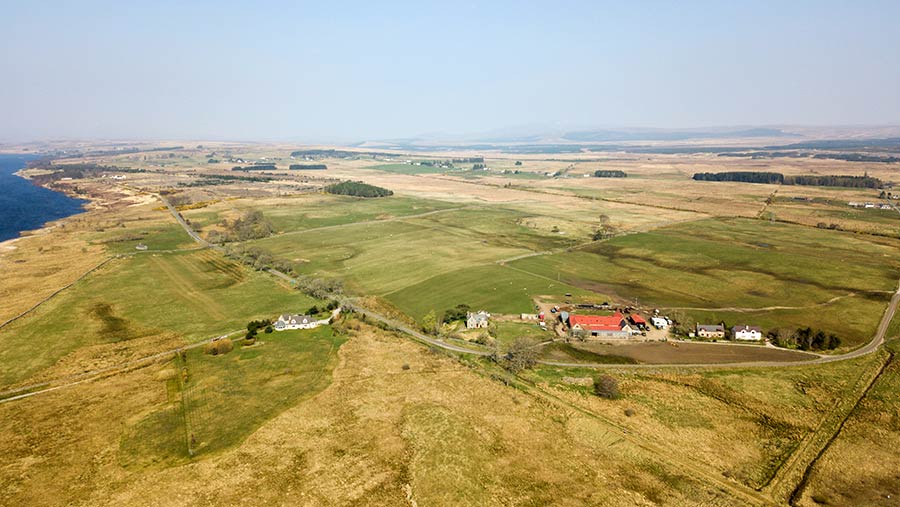 Colaboll Farm, Lairg, in Sutherland, is also on the market with Bell Ingram for offers over £575,000.

The livestock unit includes a four-bedroom house, a range of farm buildings and about 242 acres of predominantly class 4:2 land.

The land and farm buildings are currently subject to a five-year short limited duration tenancy, which expires on 31 July 2021.