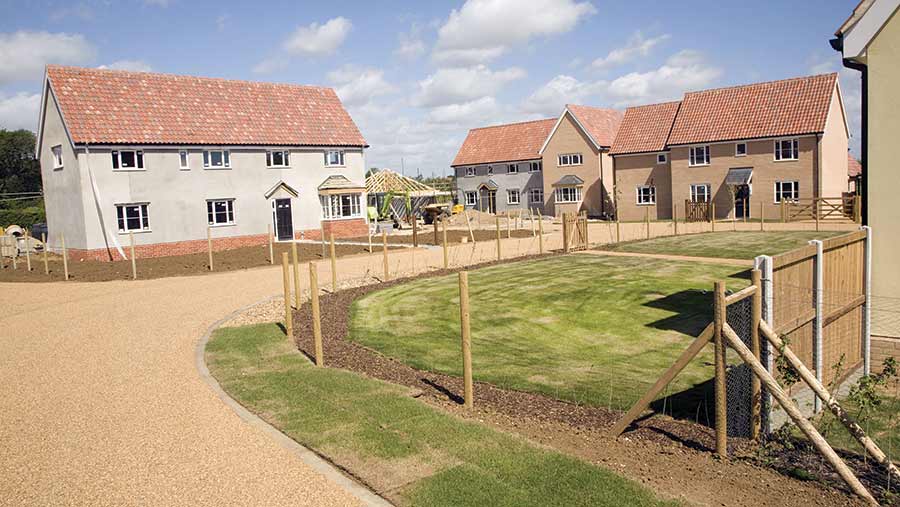 The relentless search for farmland with potential for housing development is showing no signs of stopping after the government announced another £10bn boost for first-time buyers.

Last week Theresa May pledged additional funding for the Help to Buy scheme – an equity loan that has already given 135,000 first-time buyers a leg up.

Agents across England say developers continue to be very active, with some buying whole farms and handing them back to the vendor on a peppercorn rent until planning has been passed.

The majority of sellers are still rolling over the proceeds into farmland to avoid large tax bills, generally focusing their efforts on land surrounding their existing holdings.

In areas of limited supply, this has led to huge premiums being paid by farmers, particularly when two or more interested buyers are backed by cash from development sales.

Howkins and Harrison operates in a patch where huge numbers of new houses have been built in the past few years.

The firm’s partner, Jeff Paybody, says sites that can take up to 1,000 homes have been purchased on the edges of towns and large villages across Warwickshire, Northamptonshire and Leicestershire.

“National housing developers like the 80-150 home sites, so they are particularly popular,” Mr Paybody says.

Typically, about 12 houses can be built on an acre.

There have been several examples – even this month – of speculative developers buying whole farms but handing them back while planning consent is sought.

“The knock-on effect on the land market is that you almost see a two-tier market, with those with rollover funds able to pay big prices,” he says.

“They are ideally looking to use the proceeds to buy more land as locally as possible and if you have a couple of rollover buyers competing, prices can rise dramatically.”

Robert Fairey, a partner at Brown & Co in Lincolnshire, says in his region land is being allocated for development, but it will take time for the proceeds to affect the farmland market.

“Should such funds continue to be reinvested, it will certainly help underpin the demand for land,” he says.

Where will developers look next?

For now, the sites in developers’ crosshairs are unlikely to stray from high-value cities and market towns, according to Savills.

Oxford, Cambridge and others within striking distance of London will remain top priorities, as will large population centres further north with good transport links south.

And developers will continue to seek farmland over brownfield sites because of its “clean” nature, which makes houses cheaper to construct.

“In the case of Wiltshire, that means the main market towns of Salisbury, Amesbury, Chippenham and Trowbridge,” he adds.

But Mr Sharland hasn’t seen the same level of speculative acquisitions that have been taking place elsewhere.

“The larger developers and promoters looking for strategic sites are usually three- to 15-year projects.”

The huge house-building investment in south-east England is likely to continue.

In Kent, Ashford has been a hotspot and will continue to be so, according to Savills’ farm agency director Chris Spofforth.

“Likewise Faversham, Canterbury, Dover, Tunbridge Wells, Snodland and other brownfield and greenfield sites have been built upon.

“In East Sussex, Hailsham has been the subject of increased farmland development recently along with Uckfield, Heathfield.

“In West Sussex it’s Horsham, Crawley, Burgess Hill and the A23 corridor from Gatwick to Brighton.”

Mr Spofforth says the pressure for housing is unlikely to relent and land is already being lined up for development over the next five to 10 years.

“Pressure on housing numbers is not going to fade,” he says.

The rare sale of a large central Dorset farming estate has brought nearly 750 acres of arable land to the market.

The Stubhampton Estate also has about 190 acres of woodland and 85 acres of pasture.

Located at Tarrant Gunville, near Blandford Forum, it could be sold in up to three lots with offers in excess of £13m invited as a whole by Savills. 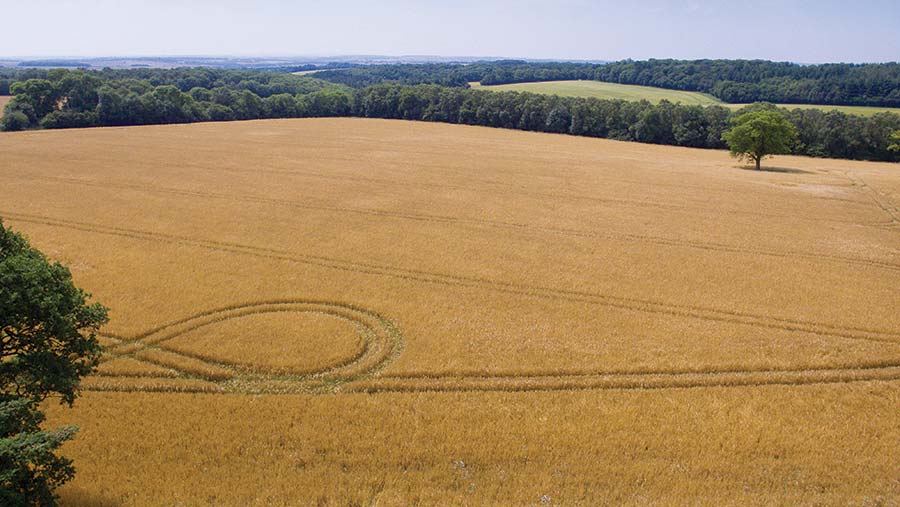 The Grade 3 land is split into large fields with a mix of soil types producing winter wheat yields in excess of 4t/acre.

Across the estate there are modern and traditional farm buildings offering livestock accommodation and 2,700t of grain storage.

There are four houses and planning permission to create a large principal farmhouse.