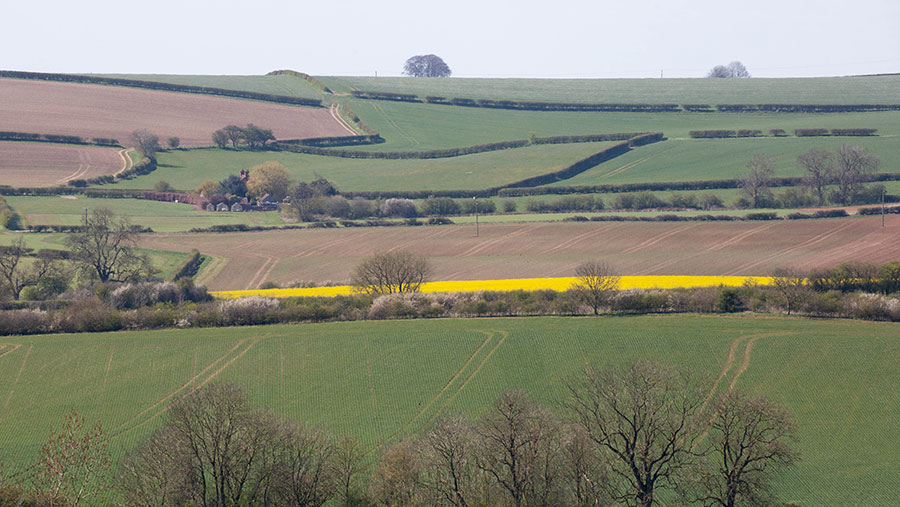 Farmers should beware of losing control of their land use options due to increasing and conflicting demands for natural capital, public goods and food production.

The Central Association of Agricultural Valuers (CAAV) has warned that mistakes could be made because farmers are facing a generation’s worth of change in one decade, with the removal of support payments, Brexit, the drive to net zero and changing political and public demands.

Those pressures drive new competition for rural land use, as well as new opportunities such as carbon credits, tree planting schemes, and funding for creating or providing public goods.

However, it is vital to seek advice and assess the options to retain control rather than being locked into long-term plans, said Jeremy Moody, CAAV secretary and adviser.

According to Mr Moody, two-thirds of the retargeted Basic Payment Scheme money in England will go to changing habitats, while Scotland is aiming to increase forestry, restore peatland and reduce farm emissions by 31% by 2032.

“Such policies might help or hinder farmers, but the real decisions over land use are theirs to take,” he said. “This decade offers the transition period in which to manage this major change.”

Some environmental land use agreements could tie farmers into obligations and restrictive management for 30 years or more, Mr Moody said.

In some cases – such as solar leases – that might be attractive, but agreements based on outcomes rather than actions would be even more limiting.

“If you’re paid to provide services that’s one thing, but once the buyer takes control of the carbon, biodiversity or other outcomes you may have lost control of the farm, with restrictions and penalties to protect what the buyer has bought,” said Mr Moody.

Meanwhile, carbon is a paradox, he said – very important to the farm, but with a trivial market value.

“Selling carbon credits looks to handicap farmers who will be expected to reduce their own carbon footprint; it is counterproductive as the farmer will then have to find that carbon reduction again.”

Although farmers are unlikely to be wooed by forestry – given the permanent land use change and loss of options – new markets for biodiversity net gain and nutrient neutrality could be attractive in the future.

However, biodiversity net gain agreements are set at more than 30 years, and nutrient neutrality could take even longer, Mr Moody explained.

“Given rapidly advancing scientific knowledge and technology, as well as evolving natural capital markets, the agricultural world could be a very different place in 30 years,” said Mr Moody.

“Farmers and landowners should therefore take balanced and trusted advice to understand the implications before signing on the dotted line.

“These are very big decisions that are as critical as any that we’ve faced in living memory. Be sure to do things on the right terms for the right reasons and the right money.”