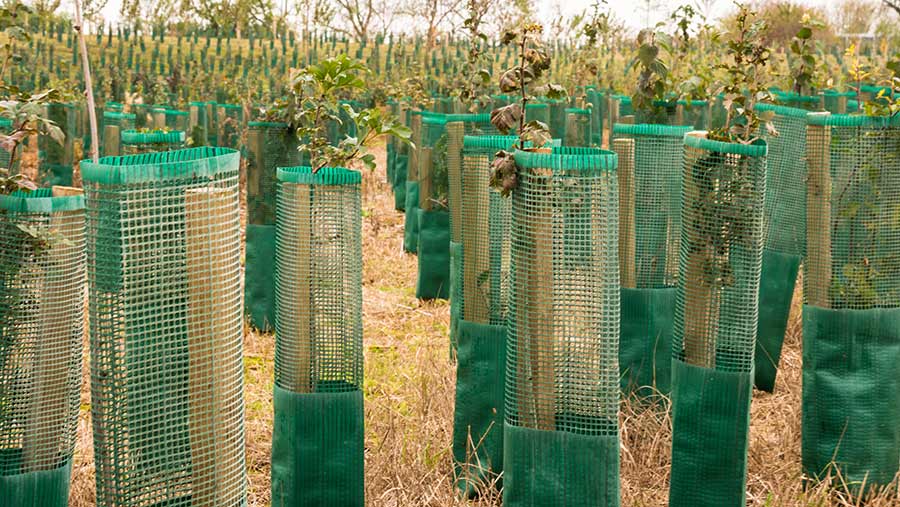 Mounting concern over the selling-off of carbon credits by farmers and its implications for land values and the offsetting of a farm business’ own emissions has prompted a warning against hasty sales.

Private investors are asking farmers to sell the carbon stored in their trees, peatlands and soil, offering a set amount for each tonne of sequestered carbon on their land.

But land bodies, including the Scottish Land Commission (SLC), have said signing away rights to these before there is greater clarity on a farm business’ own need for carbon credits could be unwise.

SLC chairman Andrew Thin described it as a “fledgling market” and said farmers and crofters risked making decisions without being fully aware of the implications.

“I would encourage landowners and land managers to exercise caution when considering transferring carbon rights or options until there is greater clarity over issues such as ownership of the rights and the need to retain them in offsetting their own business emissions in the future,’’ said Mr Thin.

As new policy is developed to address climate change, a farm business’ need to use its own carbon rights may outweigh the financial gain from selling credits at this point. And industry analysts predict the value of carbon credits are only set to increase.

Louise Alexander, senior associate at Scottish land agent Galbraith, advised farmers to hold on to their units until there is a greater understanding of what direction the market will take.

“It is such a new industry and it is changing every day, but the only way we see values going is up,’’ she said.

If some farmers do need to sell to address cashflow issues, Ms Alexander suggested they “hedge their bets’’ and only sell some.

There is also the ongoing management of woodland and peatland to consider once the rights have been sold, she added.

“It can be a huge burden on estates to manage woodland and peatland for the length of the contract,’’ she said.

There is growing unease in the Tenant Farming Advisory Forum about the trading of carbon credits.

Bob McIntosh, tenant farming commissioner at the SLC, wants the regulation of carbon markets and carbon values to address how ownership of carbon credits will apply to tenanted land.

“Until there is guidance in place, I would advise anyone to exercise extreme caution when considering dealing in carbon credits or being asked to sign exclusivity agreements,’’ said Dr McIntosh.