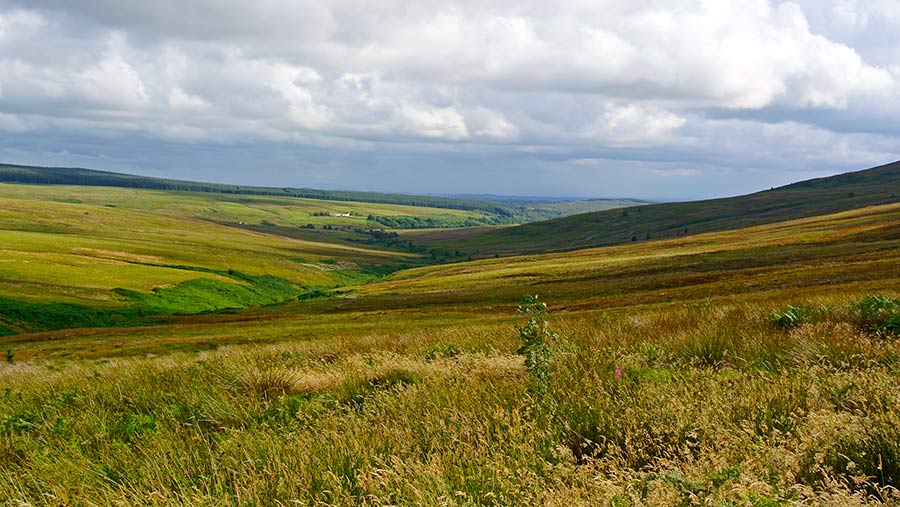 A local community group has raised £3.8m to buy 2,020ha (5,000 acres) of land from the Buccleuch Estate to establish a new nature reserve.

The deal between The Langholm Initiative charity and Buccleuch is believed to be the largest community buyout scheme – in terms of value and land area – to take place in the south of Scotland.

The estate announced its decision to sell 10,100ha (25,000 acres) of Langholm Moor and the Tarras Valley in its Borders Estate in May 2019, as part of a programme of restructuring.

See also: Scotland’s land reform: What has changed for farmers?

The Langholm Initiative has raised the funds needed to buy a proportion of this through a combination of a public crowdfunder, private donations and a £1m grant from the Scottish Land Fund – a government and National Lottery fund to support community ownership of land.

Discussions are ongoing about the possible purchase of an additional 2,145 ha (5,300 acres) by the community.

The plan is for the land to be managed to generate community benefits through economic regeneration, ecological restoration, carbon capture and increased biodiversity.

Benny Higgins, executive chairman of Buccleuch, said the local community’s plan had attracted widespread support and the estate wished the project every success.

“We have a long-standing policy of reducing our overall footprint to enable us to invest in other projects, and will continue this policy of selling land to interested farmers, community bodies and organisations which express an interest.”

The Langholm Initiative was awarded £1m by the Scottish Land Fund in June 2020 to put into the deal, but it only had until 31 October to raise the rest of the money required.

Local community bodies were first given the right to buy land in Scotland under the 2003 Land Reform (Scotland) Act.

Scotland’s environment secretary Roseanna Cunningham said the completion of the agreement was a “momentous moment” for land reform.

“It is of great testament to The Langholm Initiative that they have secured additional funding, and worked collaboratively with Buccleuch Estates, to bring 5,000 acres of land into community ownership,” said Ms Cunningham.

“I commend both The Langholm Initiative and Buccleuch Estates for enabling the buy-out to be completed.”

The purchase is expected to be finalised by January 2021.